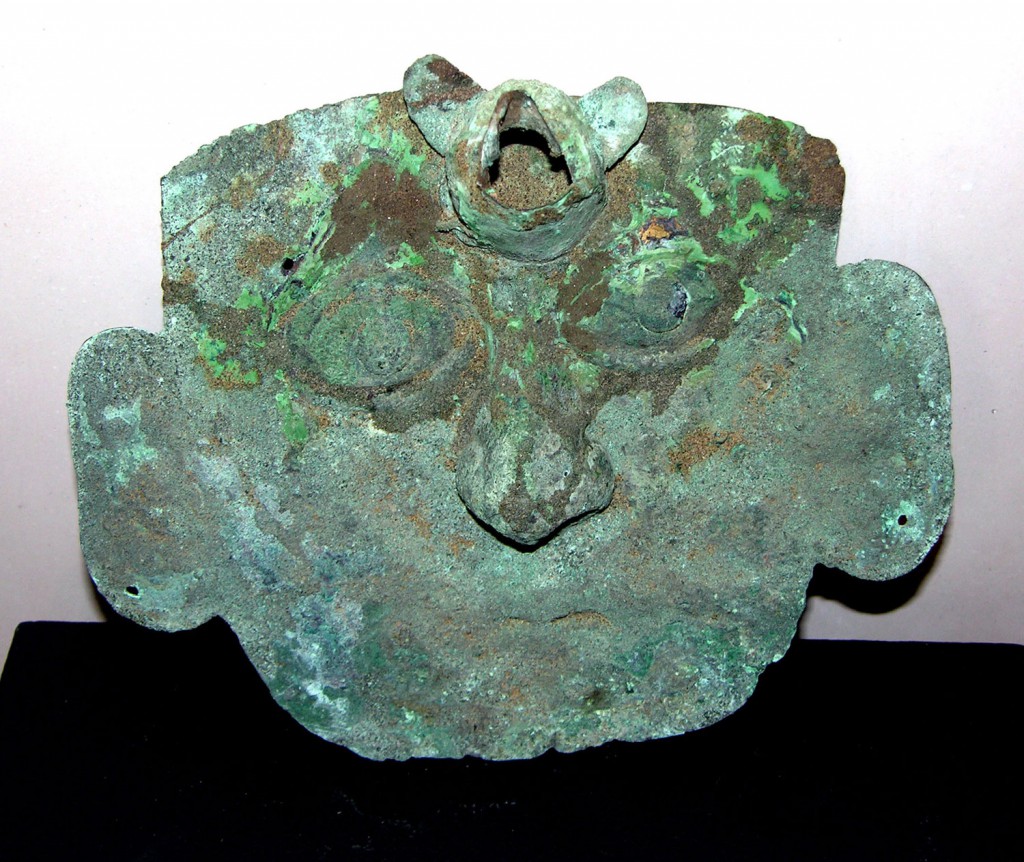 Inquire Enlarge
Silver Mask
0-700 AD
8" x 9.25" x 2"
Metals, silver
Region: Peru
Some of the largest objects made of gold and silver in Precolumbian America come from Batan Grande, the best-known archaeological zone of the Lambayeque culture. This culture, also known as Sican, after the indigenous name for Batan Grande, developed on Peru's northern coast after the decline of the Moche and flourished until it was conquered by the Chimu.