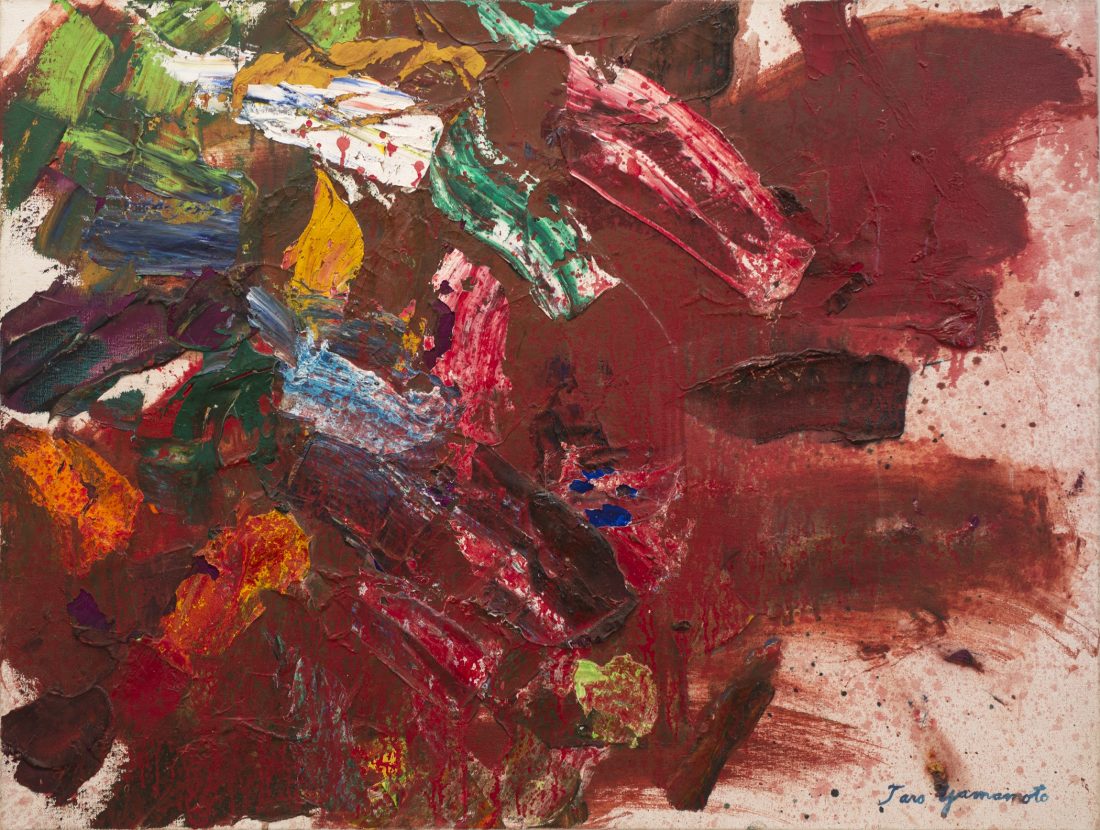 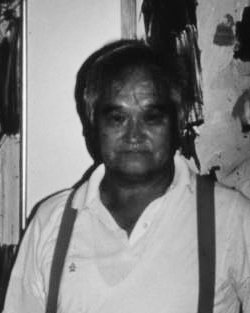 Taro Yamamoto was part of the Abstract Expressionist movement in New York City during the 1950s. He was born in Hollywood, California in 1919 but was sent to Japan at the age of eight to receive a traditional Japanese education. His family was descended from a long line of Shinto priests. During his education he began painting and by the time he reached high school he decided to make art his life. He returned to the United States in 1936 and began studies in cubism at Los Angeles City College. In 1941 he joined the U.S. Army and served during WWII. After being discharged from the service he returned to California where he studied at the Santa Monica City College. In 1949 Glenn Wessel, a student of Hans Hofmann, convinced him to New York where he enrolled the the Art Students League in 1950. There he worked with Yasuo Kuniyoshi, Vaclav Vytlacil, Byron Brown, Reginald Marsh and Morris Kantor. He also won a four-year scholarship to study at the Hans Hofmann school in New York. In 1952 he won a John Sloan Fellowship from the Art Students League. The next year he traveled to Europe under a Edward G. MacDowell Traveling Fellowship where he studies in Stuttgard, Germany with Willy Baumeister. He also exhibited at Gallerie Huit in Paris. In 1954 Yamamoto was invited to a residency at the MacDowell Colony in Peterborough, New Hampshire. There he worked with Stuart Davis, Milton Avery, Willem de Kooning, Jackson Pollock and Mark Rothko developing a unique abstract expressionist style. Later in his life he devoted himself to hard-edge painting.

view all works by Taro Yamamoto