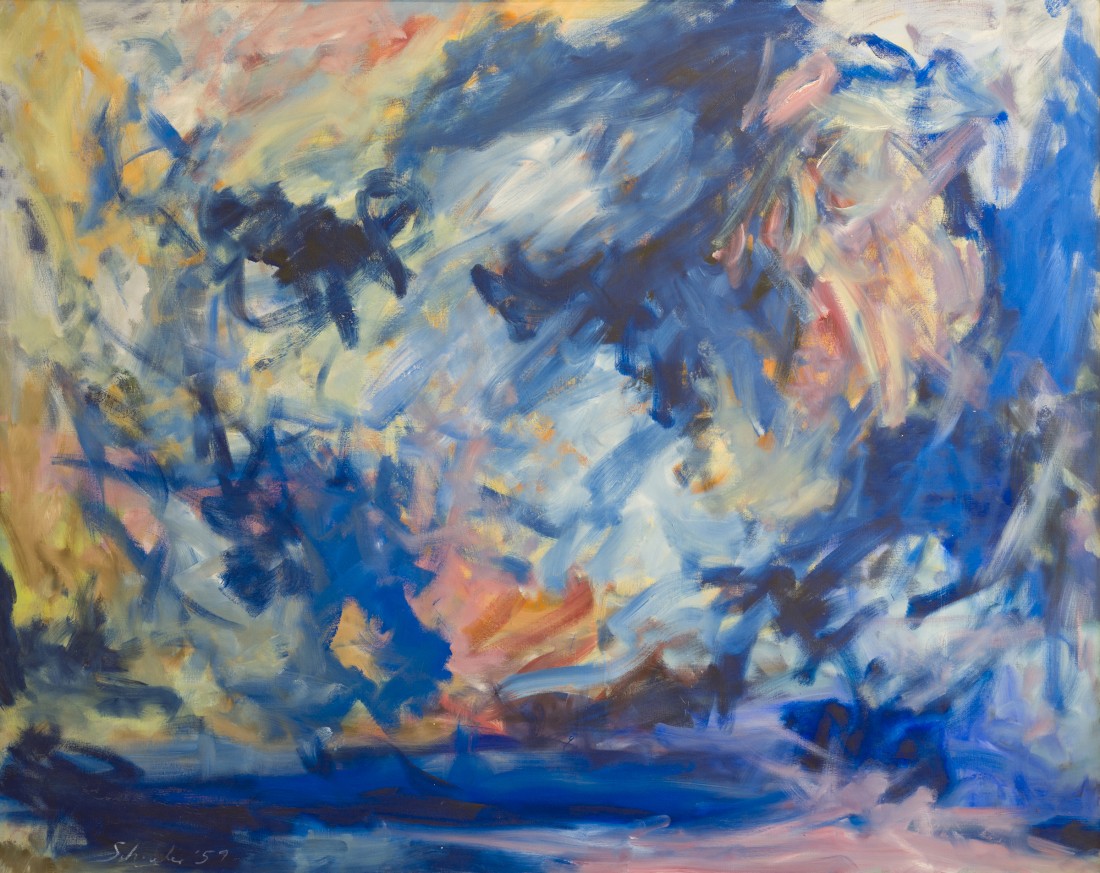 Jon Schueler
The American painter Jon Schueler was often grouped with the second generation of Abstract Expressionists, although as a survey of his paintings from the mid-1950s makes clear, his body of work is much broader in its affiliations. If anything, his painting reaches back to Monet and the French Impressionists, while leaning toward the mystical realism of J. M. W. Turner, who was a lasting influence on Schueler during his last prolific decades, when he lived part-time in Scotland and often painted visions of the sea and sky in eerie contention. A leading figure among the first generation of Abstract Expressionists, Schueler’s earliest paintings often contained zigzag lightning bolts, vivid displays of color, and palette-knife gestures that gave to the paintings a thickly textured aura.


view all works by Jon Schueler