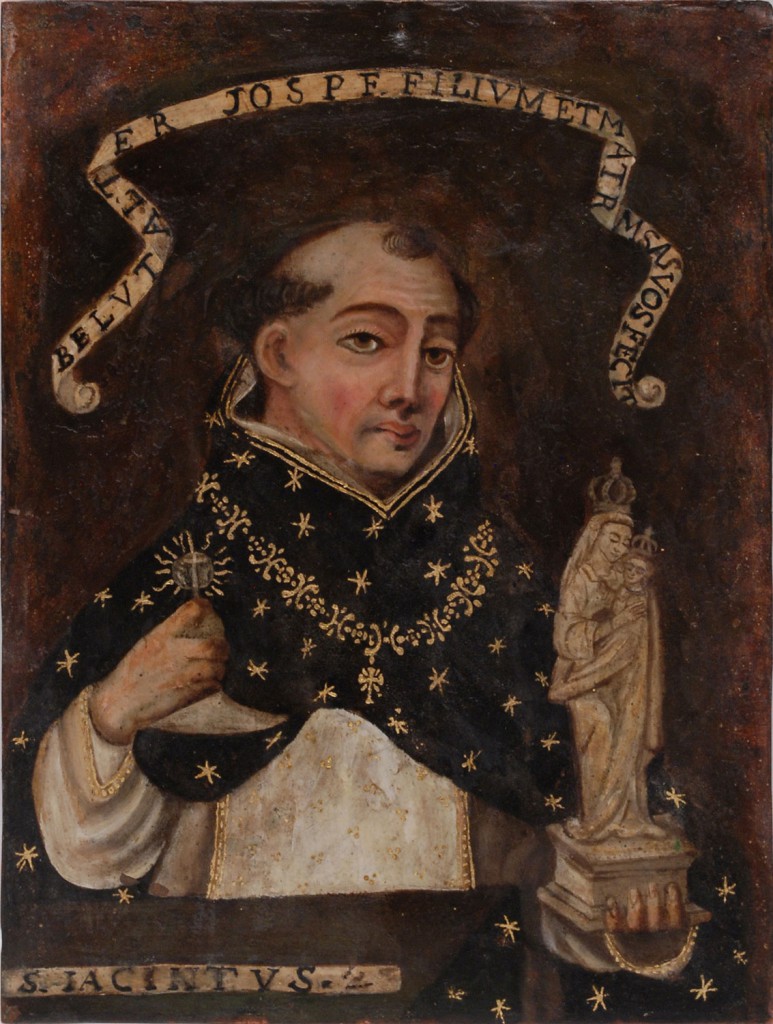 Inquire Enlarge
San Jacinto
1780
10" x 8"
Painting, Oil on copper
Region: Peru
A doctor of Sacred Studies and a secular priest, San Jacinto worked to reform women's monasteries in his native Poland. One of his miracles is connected with the Tartarian attack on a monastery in Kiev. Hyacinth was about to save a monstrance (or possibly a ciborium, it is unknown exactly which one) containing the Blessed Sacrament when he heard the voice of the Blessed Virgin Mary asking him to take her too. So San Jacinto decided to take also the statue of the Holy Virgin. Despite the fact that it weighed far more than he could normally lift, it became miraculously weightless. Thus he saved both the Blessed Sacrament and the statue of Our Lady and for that reason the Saint is usually shown holding these two items.