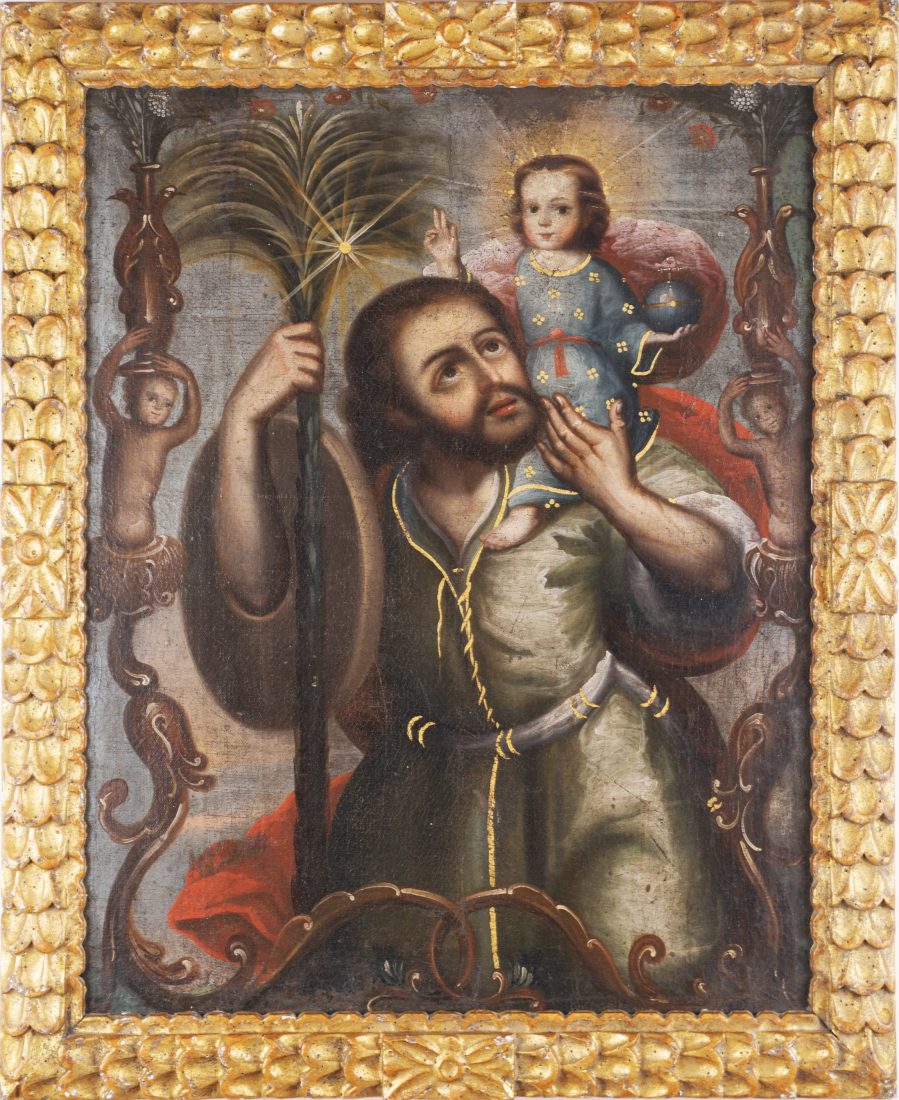 Inquire Enlarge
San Cristobal con Cristo Niño
ca. 1775
25.75" x 23.5" Framed: 35." x 29."
Painting, oil on canvas presented in a period frame
Region: Cuzco, Peru
The popular veneration of San Cristobal (Saint Christopher) that grew from medieval origins in the Old World rapidly took hold in the Spanish Colonies of Latin America. He is typically depicted as a giant of a man with a staff in one hand, and carrying the Christ Child on his shoulder. From the sixteenth century onward, it was common to find images of this saint placed near the doors of churches. The saint was revered by the faithful for the protection he offered to all travelers.

In this painting we see the radiant Christ Child holding the globes cruciger in his left hand while he make a gesture of blessing with his right hand as he rides on Cristobal's shoulder. In his right hand Cristobal holds a palm frond staff through which we can see a guiding star. The figures are surrounded by an ornamental frame with birds and cherubs that is painted to look like carved wood.