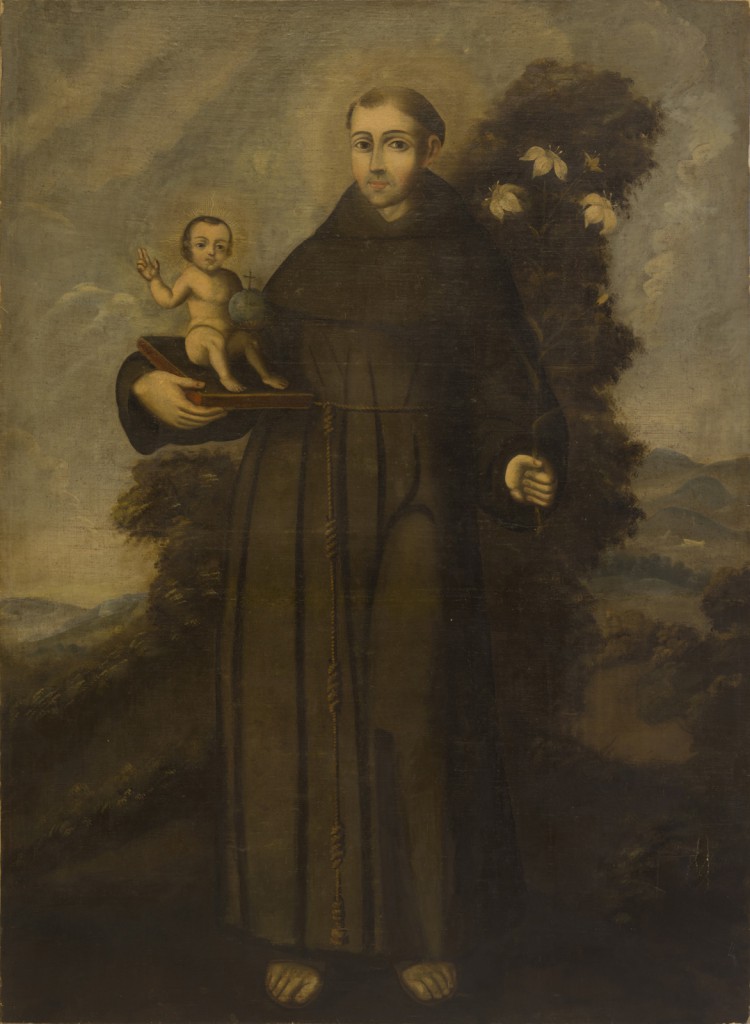 Inquire Enlarge
San Antonio con Niño
ca. 1675
68" x 38"
Painting, oil on canvas
Region: Peru
Saint Anthony of Padua was born in Portugal. He became an Augstinian monk, but later joined the Franciscans in Coimbra. He is the patron of orphans, prisoners, and sick children. Christ, the Child, is said to have appeared to San Antonio, which is why the Saint is typically depicted holding Christo Niño. Saint Anthony died at the young age of 35 in Padua.