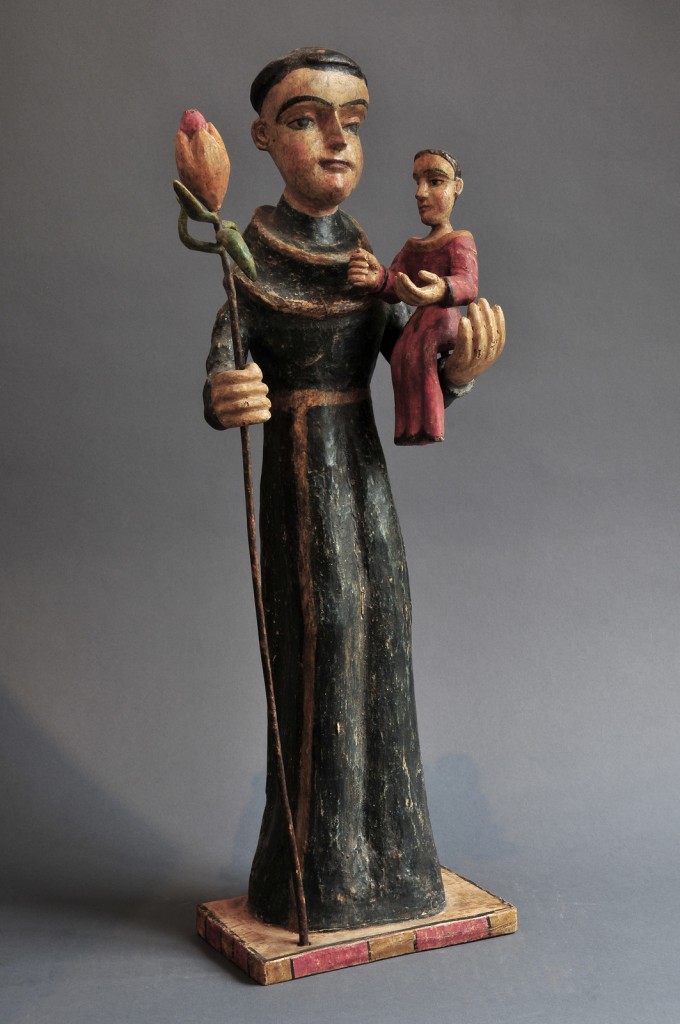 Inquire Enlarge
San Antonio con Niño
ca. 1820
20.5" x 7.5" x 5"
Bultos, wood, gesso, natural pigment
Region: New Mexico
Saint Anthony was a 13th century Franciscan friar noted for his many miracles. After Saint Francis, he was considered the most popular of the Franciscan saints. He is often depicted holding the Christ child, who appeared to him in a vision, or a book. He is prayed to for worldly blessings such as the finding of lost objects, marriage, fertility and recovery from sickness.


view all works by A.J. Santero