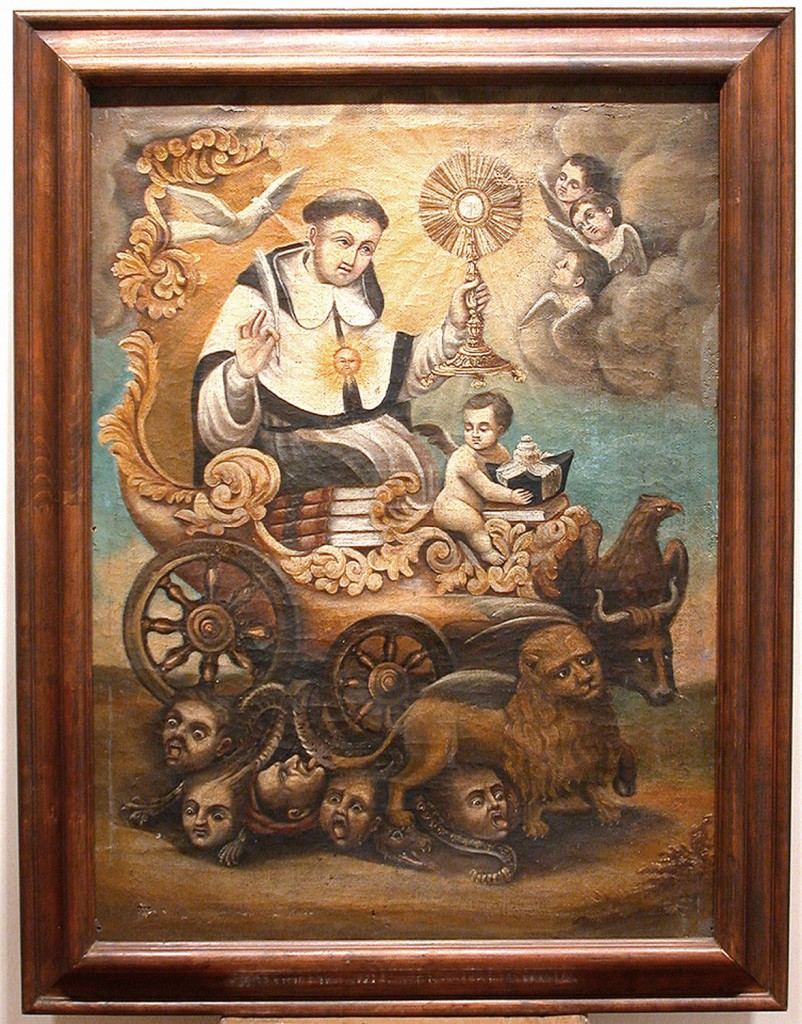 Inquire Enlarge
Saint Thomas Aquinas
ca. 1880
29.5" x 21.5"
Painting, oil on canvas
Region: Mexico
Saint Thomas Aquinas appears holding a monstrance with the blessed Host surrounded by the open heavens and cherubs, wearing his Dominican habit sitting on a pile of books on a chariot. Above him, the white dove representing the Holy Ghost, shines in the heavens and illuminates the saint. He is usually depicted holding a book, a pen or surrounded by books, as he was an important theologian, philosopher and scholar. In this particular painting, he appears sitting on a pile of books, with a cherub in front of him holding his cap. In front of the chariot, symbols of the evangelists appear, a lion (Saint Mark), an ox (Saint Luke, but which can also represent Saint Thomas Aquinas), an eagle (Saint John). His chariot is running over the heads of pagan philosophers and a shining sun glows upon the breast of the famed Dominican teacher, scholar and saint.