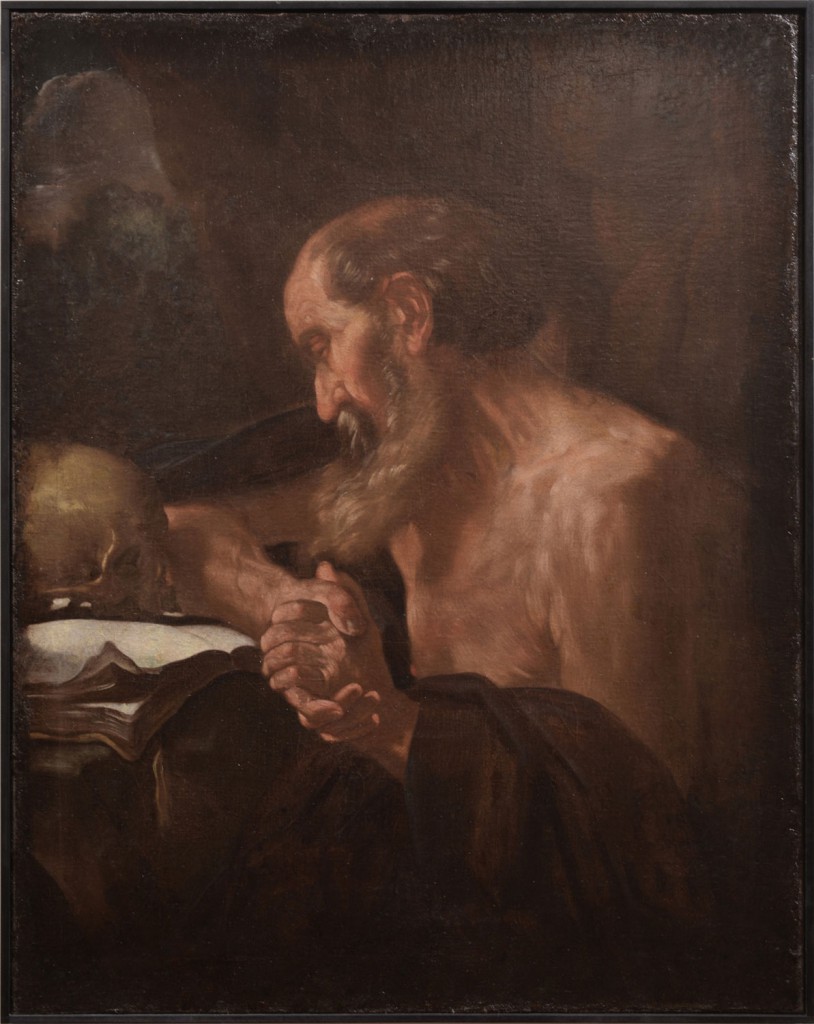 Inquire Enlarge
Saint Jérôme
ca. 1650
37.25" x 29.12"
Painting, oil on canvas
Region: Italy
Flaminio Torre was an Italian Baroque painter of the Bolognese School, active during the Baroque period. He was a pupil of Guido Reni, Giacomo Cavedone, and Simone Cantarini. He was also called Degli Ancinelli, and painted for churches in Bologna; including a Deposition from the Cross for S. Giorgio. Torre died in Modena. Among his pupils were Giulio (or Giuseppe) Cesare Milani, Giovanni Maria Viani, and Alessandro Badile.

This painting depicts Saint Jerome in his study, a popular subject in European art. Jerome was an avid scholar who spoke several languages, and is credited with important early translations and corrections of the Scriptures.


view all works by Flaminio Torre