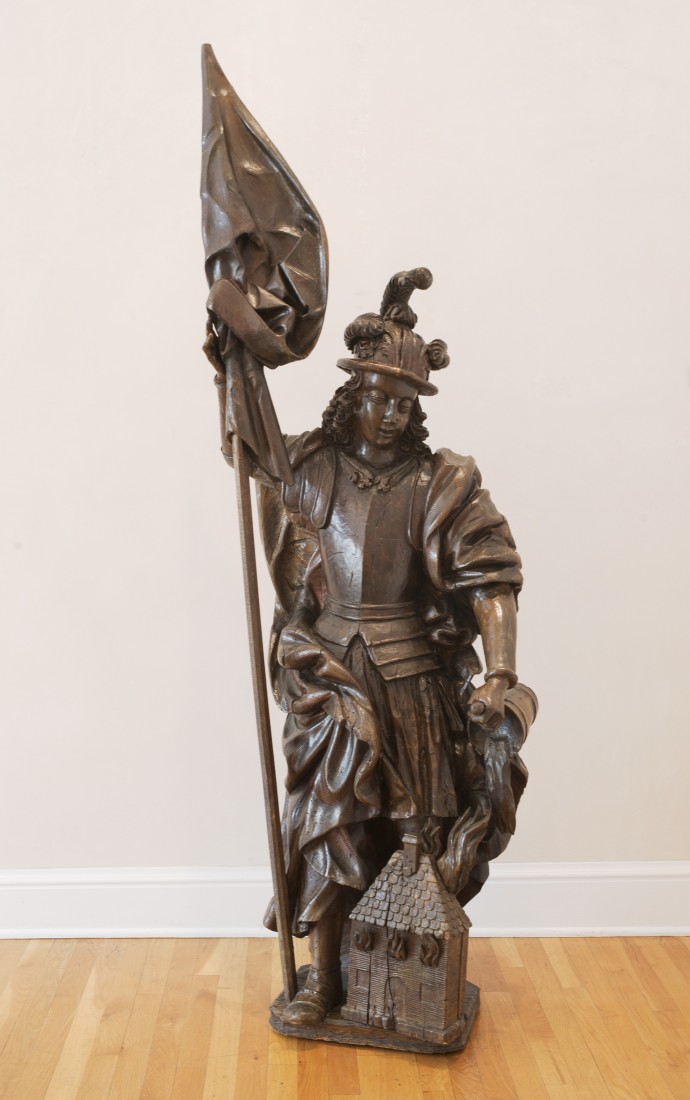 Florian was born about 250 AD in the ancient Roman city of Aelium Cetiumin in present-day Sankt Pölten, Austria. He joined the Roman army and advanced in the ranks,rising to commander of the imperial army in the Roman province of Noricum. In addition to his military duties, he was also responsible for organizing firefighting brigades. Florian organized and trained an elite group of soldiers whose sole duty was to fight fires.

During the Diocletianic Persecution of Christians, reports reached Rome that Florian was not enforcing the proscriptions against Christians in his territory. Aquilinus was sent to investigate these reports. When Aquilinus ordered Florian to offer sacrifice to the Roman gods in accordance with Roman religion, he refused. Florian was sentenced to be burned at the stake. Standing on the funeral pyre, Florian is reputed to have challenged the Roman soldiers to light the fire, saying “If you do, I will climb to heaven on the flames.” Apprehensive of his words, instead of burning Florian, he was executed by drowning in the Enns River with a millstone tied around his neck.

His body was later retrieved by Christians and buried at an Augustinian monastery near Lorch. Later a woman named Valeria had a vision in which she saw him; Florian, in this vision, declared his intent to be buried in a more appropriate location.