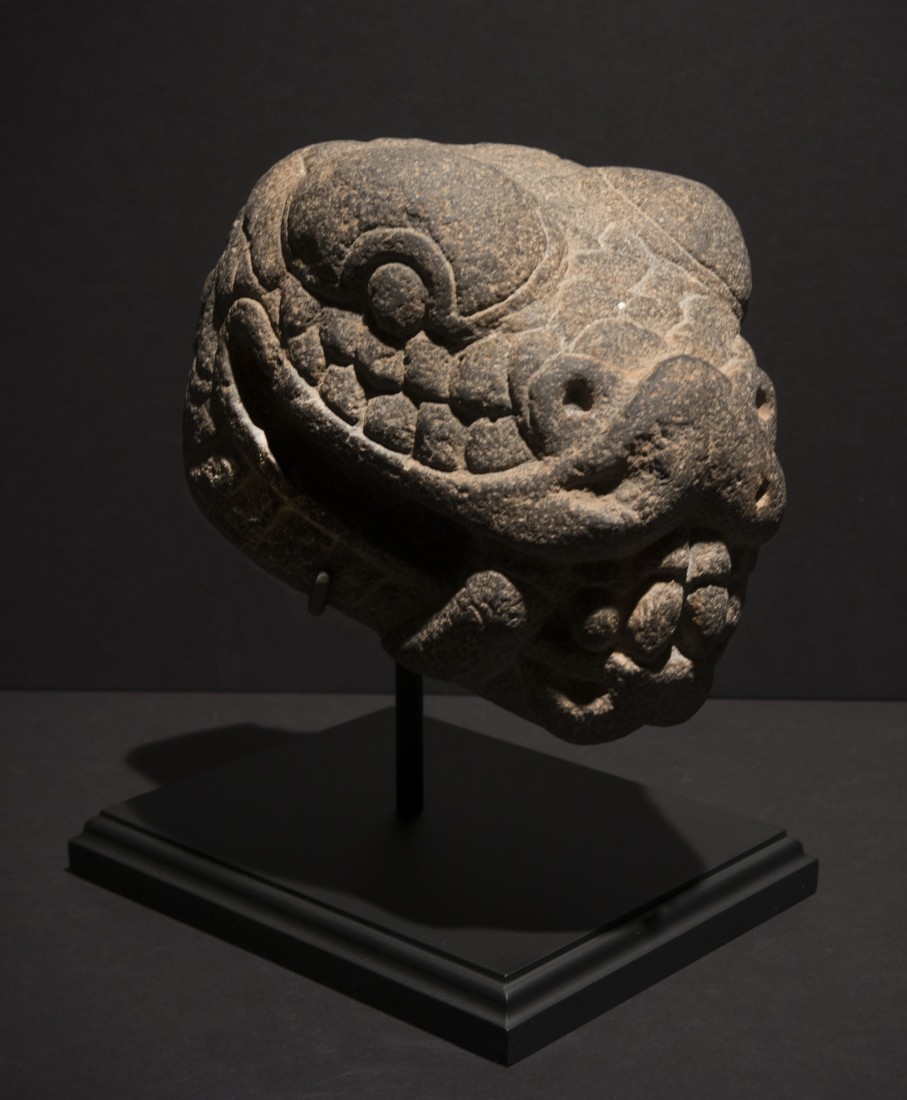 Inquire Enlarge
Quetzalcoatl
1350-1521
5.5" x 6.5" x 9.5"
Sculpture, Carved basalt
Region: Mexico
Culture: Aztec Culture
Quetzalcoatl is the feathered serpent deity that was worshiped by many different ethno-political groups throughout Mesoamerican history. The earliest iconographic depiction of this deity is believed to be found on a stela at the Olmec site of La Venta, depicting a serpent rising up behind a person probably engaged in a shamanic ritual. This depiction is believed to have been made around 900 BC.

To the Aztecs, Quetzalcoatl was a creator deity having contributed essentially to the creation of Mankind. He also had anthropomorphic forms, for example in his aspects as Ehecatl the wind god. Among the Aztecs, the name Quetzalcoatl was also a priestly title, as the two most important priests of the Aztec Templo Mayor were called "Quetzalcoatl Tlamacazqui". In the Aztec ritual calendar, different deities were associated with the cycle-of-year names: Quetzalcoatl was tied to the year Ce Acatl (One Reed), which correlates to the year 1519.

This remarkable stone carving of Quetzalcoatl once adorned an Aztec temple, as evidenced by the tenon at the back.