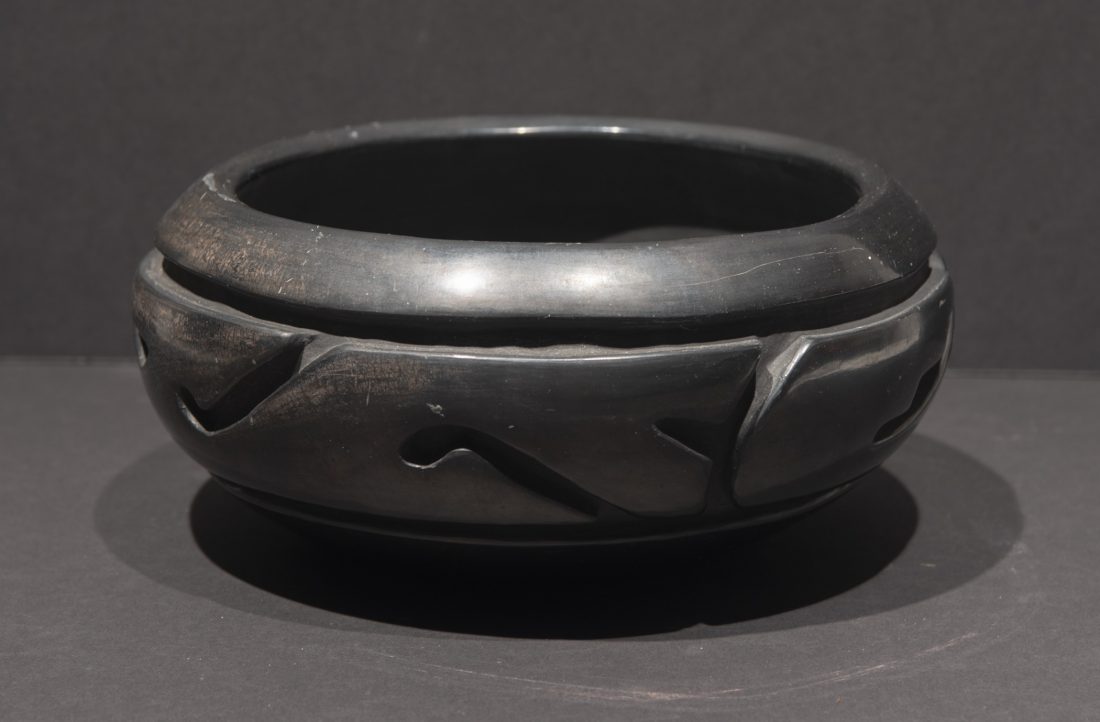 Inquire Enlarge
Pottery Bowl – SOLD
Mid/Late 1900s
4.125" x 9.5" x 9.5"
Ceramics, deep carved blackware bowl with traditional Avanyu serpent figure within the design band
Region: Santa Clara Pueblo
Signed on bottom of pot includes location, Espanola, MN
Betty Tafoya was the wife of Lee Tafoya, a son of noted potter Margaret Tafoya. Their children include Linda Tafoya, who is also a well-known potter. Lee taught Betty how to make pottery and they often collaborated on pottery throughout his career. This bowl is signed by Betty alone. Betty's pottery can be found in numerous books, including "Born of Fire".

Today's pottery from Santa Clara is typically either black or red. It is usually highly polished and designs might be deeply carved or etched ("sgraffito") into the pot's surface. The water serpent, ("avanyu"), is a traditional design motif of Santa Clara pottery. Another motif comes from the legend that a bear helped the people find water during a drought. The bear paw has appeared on their pottery ever since.