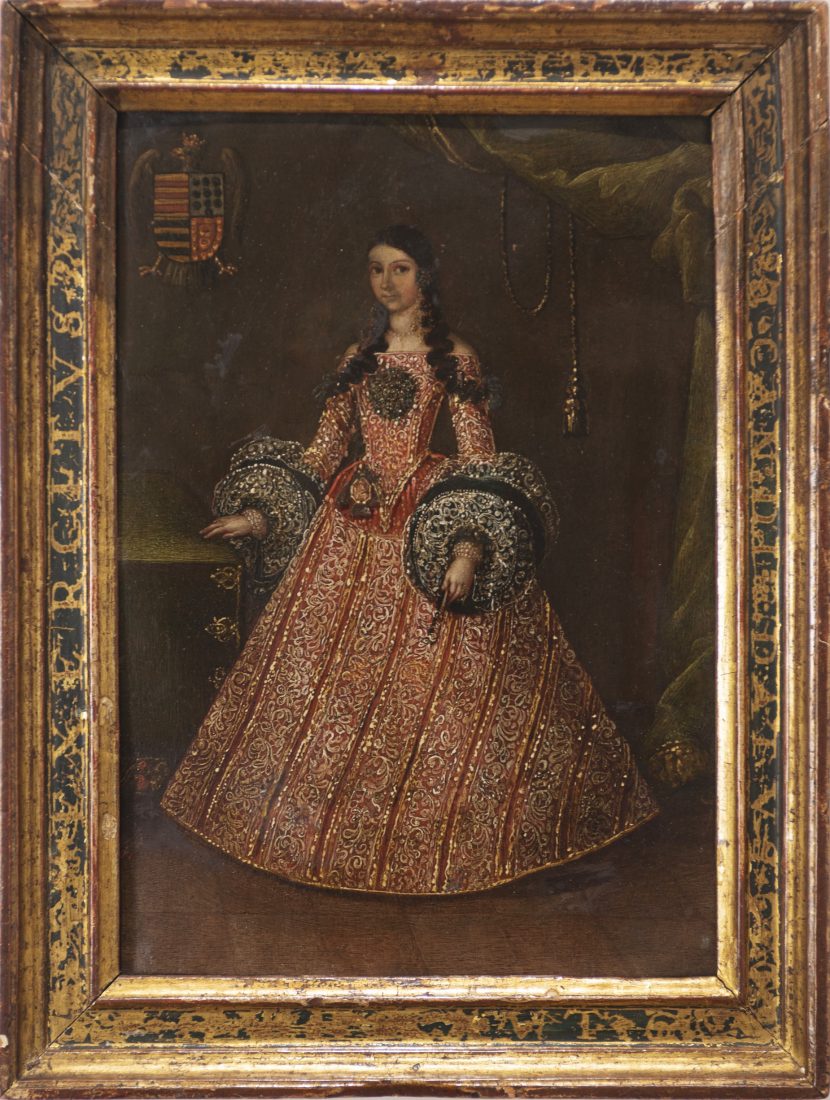 Inquire Enlarge
Portrait of a Noblewoman
c. 1700
11" x 7.5" Framed: 13.75" x 10.25"
Painting, Oil on copper
Region: Mexico
Although there are a fair number of 18th century portraits from the Mexican nobility, those dating from the 17th century are rather rare. The woman portrayed in the present painting may have been born in Spain or may have been a criolla born in Mexico of Spanish parents. In either case, the setting and costume reflect a desire to connect the sitter to Spain. The rich draperies and ornate cabinet, adapted from the Flemish style, reflect the mise-en-scène of Spanish court portraiture from the late 16th through the 18th centuries. Her costume, with its horizontally drawn neckline offering a modest display of white shoulders, enormous pouf sleeves, tiny waistline drawn into a downward triangle, all worked in brocade with embroidery and touches of Flemish lace, mirrors the style popular in late 17th century Spain and among the nobility of Spanish America.