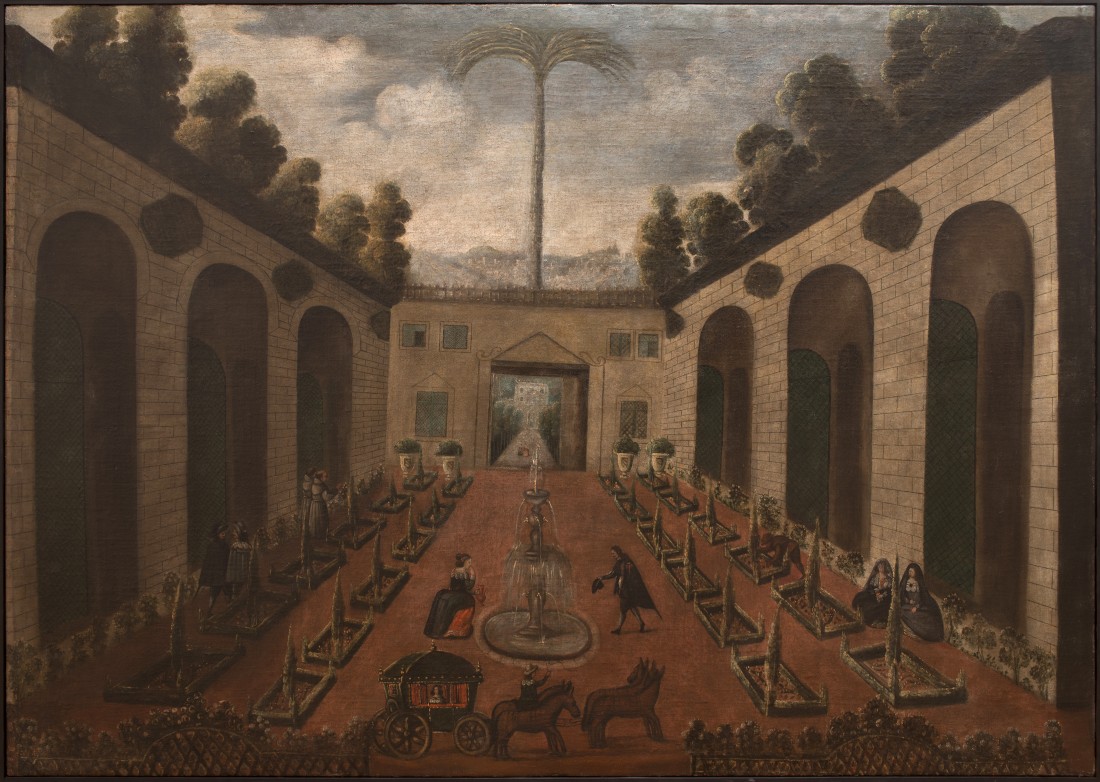 Inquire Enlarge
Patio Interior del Palacio del Virrey del Peru en Lima
ca. 1675
49.12" x 68.25"
Painting, oil on canvas
Region: Peru
The Government Palace, erected in 1535, was built by Francisco Pizarro, the governor of New Castile. Erected over an Incan sacred megalith, or huaca, the palace contains the shrine of Incan chief Taulichusco. With the establishment of the viceroyalty in Peru, the palace became the viceroy's residence and eventually the Peruvian government's headquarters, extant to the present day. The vista of the mountains seen through the central doorway remains unchanged. Various architectural idiosyncracies and details of the courtyard remain. Visitors to the palace in modern times will experience the work of Ricardo de Jaxa Malachowski, the architect responsible for the building's modern refinements. The garden is said to contain a legendary fig tree planted by Pizarro himself, which thrives to the present day.

This charming painting depicts daily life in the palace: a courting couple stands on either side of the fountain, overseen by two dueñas; a gardener works on the flower beds nearby, while two gentlemen and two friars stroll along the garden. In the foreground, a young noblewoman is transported by a carriage. The painting is anonymous and in all likelihood the work of a mestizo native of Lima.