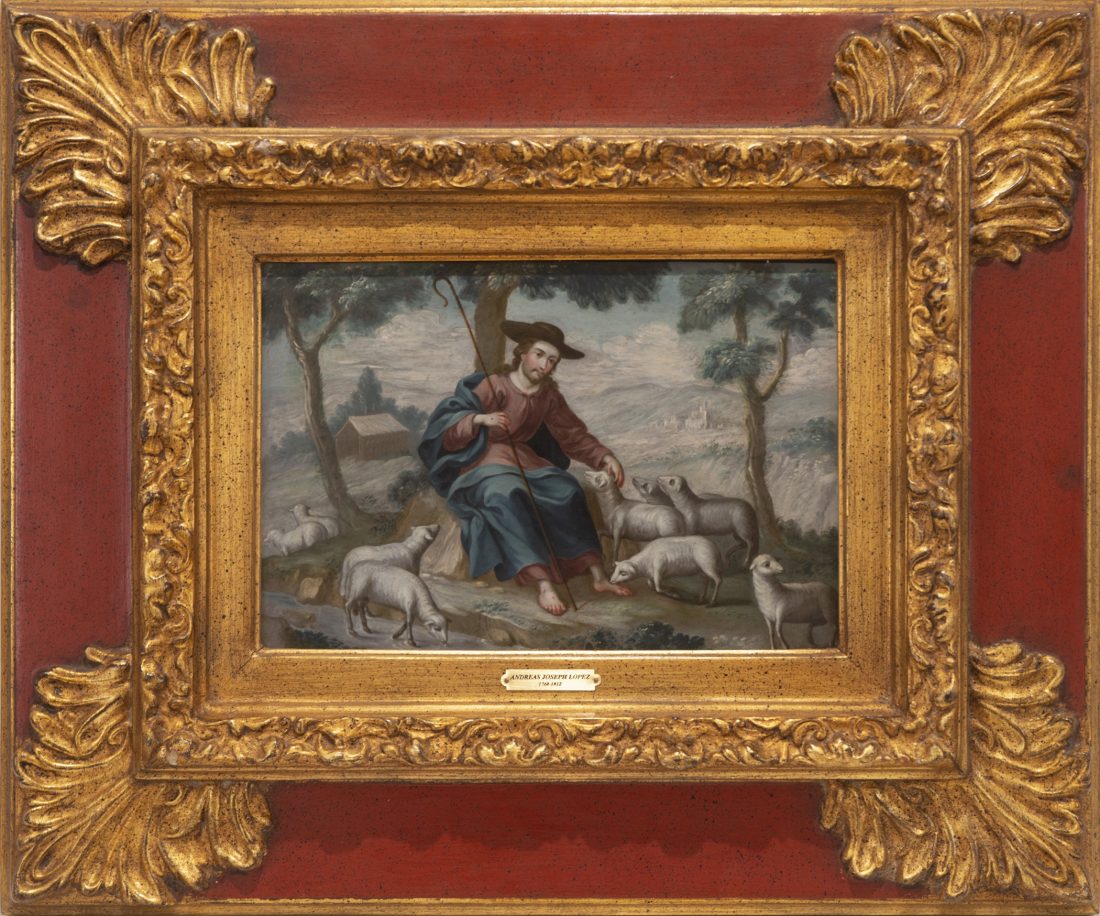 Inquire Enlarge
Pastor Divino
late 18th c.
8.25" x 12" Framed: 19.5" x 23.5"
Painting, Oil on copper
Region: Mexico
The theme of the Divine Shepherd appears in religious painting much earlier than the Divine Shepherdess iconography, mostly due to the metaphor of Christ as a shepherd appearing in the gospel John. Jesus is called the good shepherd―the one who leads his flock to greener pastures as well as gives rest to the weary soul, and the verse states, "I am the good shepherd. I know my own and my own know me, just as the Father knows me and I know the Father; and I lay down my life for the sheep" (John 10:14-15). This small oil on copper is one of a set in which the other painting depicts the Virgin Mary as Divine Shepherdess, also by Andrés López. In this exquisite oil on copper, Christ is shown tending his flock of believers, holding a crook in his right hand and reaching down to caress one of his flock with his left. One of the sheep is kneeling to lick the blood from Christ's wounds made by the nails from the crucifixion.