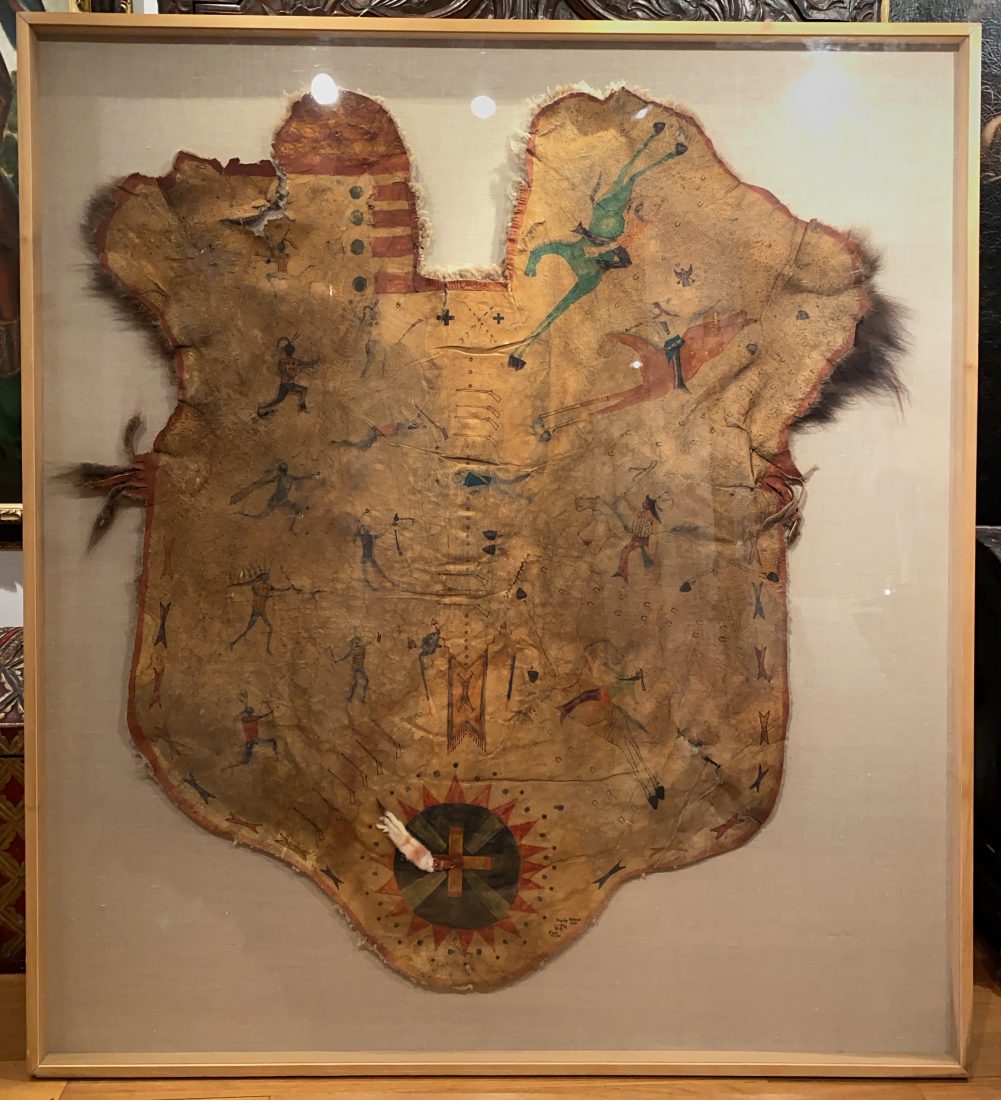 Inquire Enlarge
Painted Sheepskin
1980's
" x " Framed: 72" x 66"
Textile, painted sheep skin
Signed and dated lower right
Randy Lee White paintings tell of tension and struggle; the tension between life and death, Indian versus white, fate versus knowledge of fate. Randy White currently lives in Questa, New Mexico, a community possessing many different cultural bodies. In this type of culture within a culture, White feels that he is judged on the fruits of his labor and not on his ethnic heritage. As is the case with many artists of minority culture, White does not want to be labeled and pigeonholed with a culturally-tied title, such as "Native American painter." This is especially important for White, since he is only half Native American. His father was French. He wants to be considered on the merits of his work, not by his heritage.