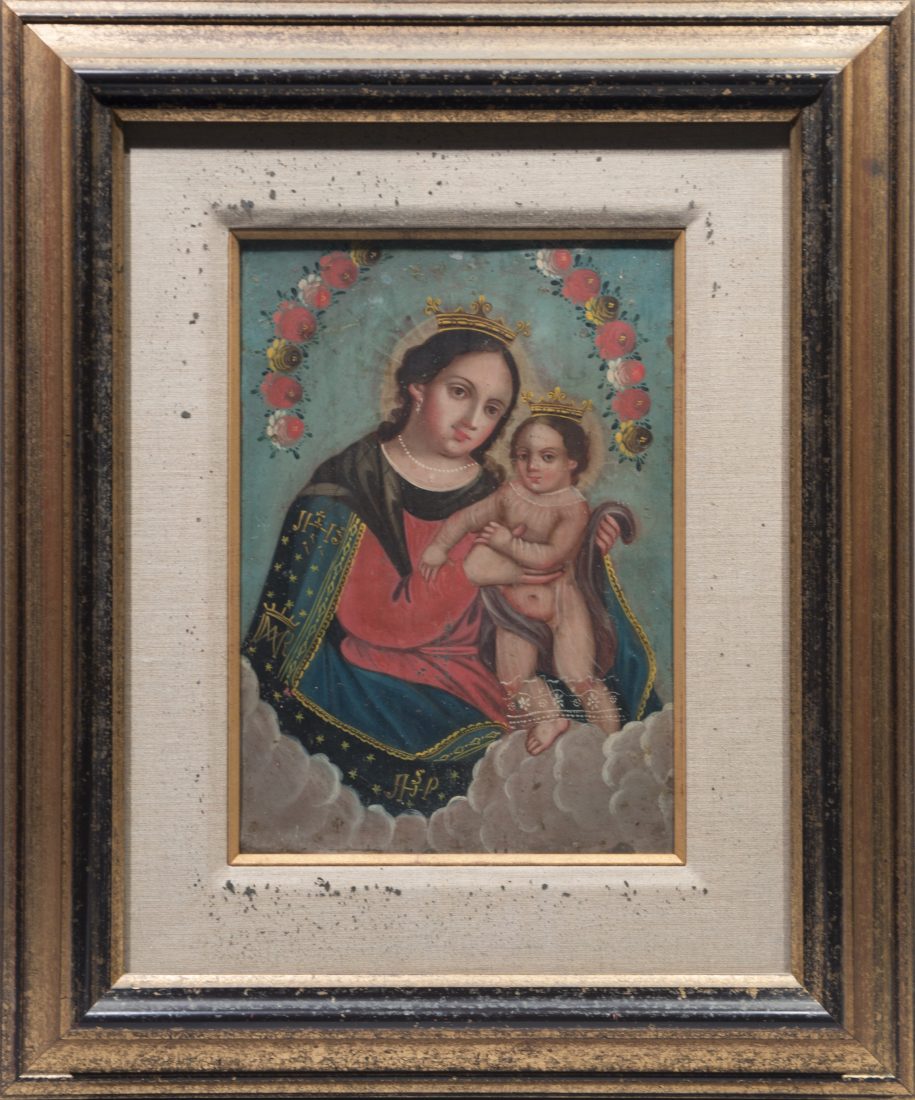 Inquire Enlarge
Nuestra Señora del Refugio
c. 1850
13.5" x 10.75" Framed: 24.75" x 20.5"
Painting, Oil on copper
Region: Mexico
Jesuit missionary Juan José Güica brought a painting of Our Lady, Refuge of Sinners from Italy to Mexico in 1720. In a dream, the Virgin told Padre Güica to ask the Franciscans of Zacatecas to use and promote the image; they distributed over 150 copies, making this one of the most widespread Marian devotions in Mexico. In 1793 Franciscan friars came to the new settlement which would become Matamoros, renaming the area “Nuestra Señora del Refugio de los Esteros Hermosos” (Our Lady of the Refuge of the Lovely Marshes). The Cathedral of Our Lady of Refuge, built in 1832, displays an 1886 painting of her. Her fiesta, celebrated in many Mexican towns, commemorates the coronation of the original “Refugium Peccatori” in the Jesuit church of Frascati, Italy, July 4, 1717.