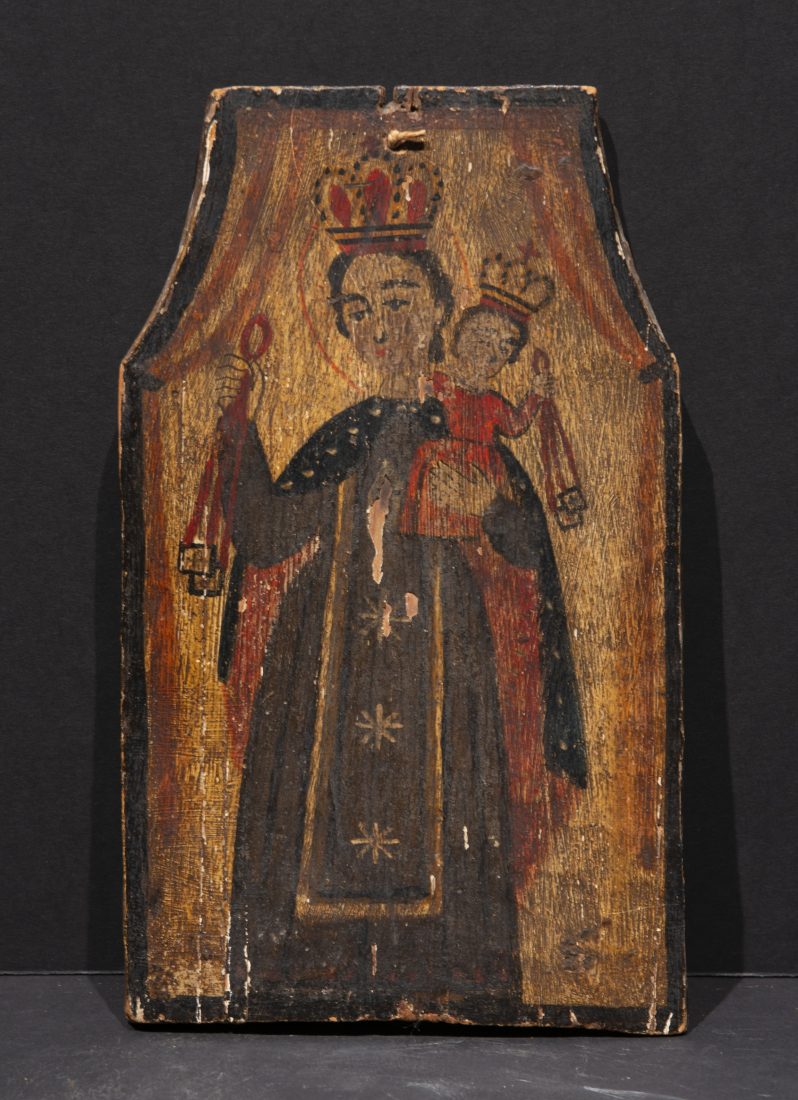 José Rafael Aragón
José Rafael Aragónis considered to be one of the most prolific and highly regarded classic santeros in early New Mexico. His working period spanned four decades, during which he produced not only altar screens and carvings for churches, but also hundreds of images for private clients. He was extremely versatile as an artist, proficient both in painting panels and carving images, and he probably established a workshop to meet the great demand for his work. Aragón produced miniature carvings, massive altar screens for area churches, and retablos depicting the popular saints of the era; all were strongly and sensitively rendered, with careful attention paid to detail. His works embody a more individual style than those of other santeros, who were often heavily influenced by orthodox religious iconography.