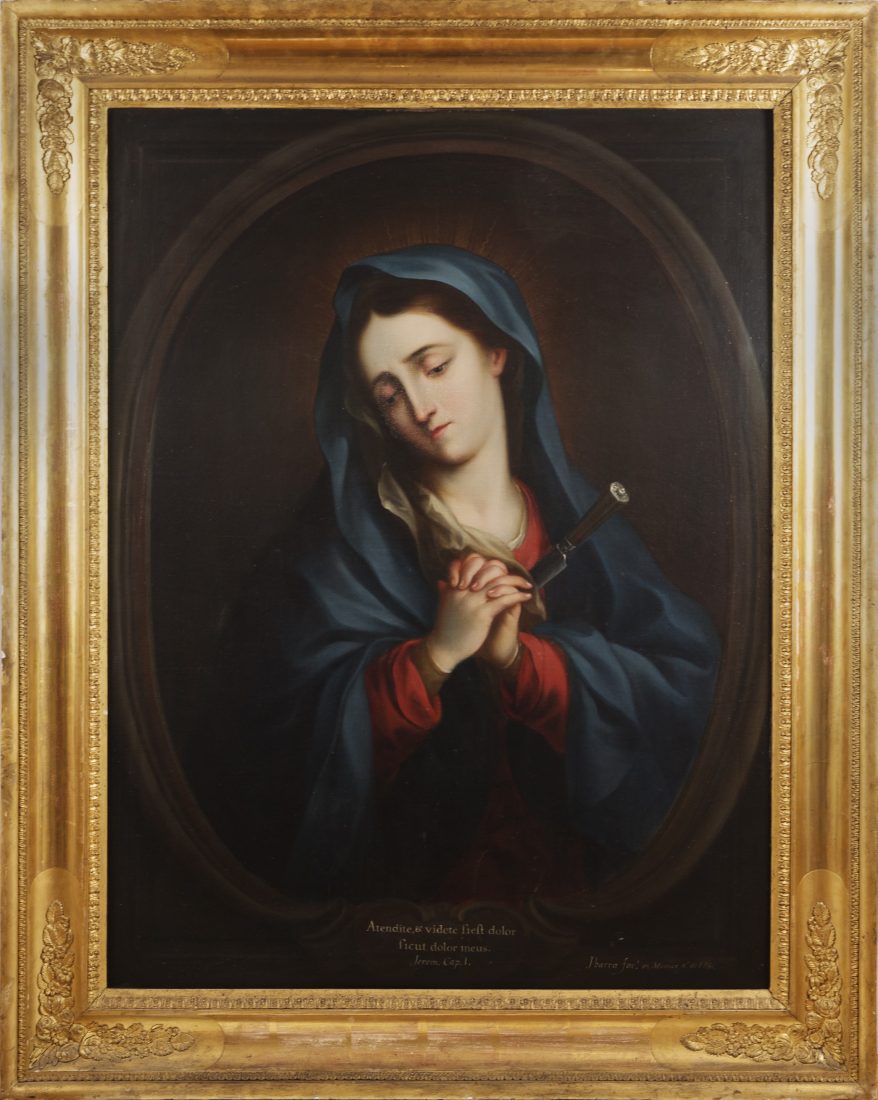 José de Ibarra
José de Ibarra (1685–1756) was a Mexican painter, born in San Miguel del Grande, Mexico and died 21 Nov 1756 in Mexico City. He was a mixed-race Afro-Mexican, but was considered a Spaniard and listed in the 1753 Mexico City census as Spaniard. Ibarra was student of painter Juan Correa, who self-identified as a mulatto. Many of Ibarra's pieces are preserved in Mexican museums and the Metropolitan Cathedral in Mexico City. He was one of the most prolific painters of his day, producing mainly religious paintings for the cathedrals of Mexico. His career was marked with support of initiatives to protect the intellectual integrity of painting as an art form. He was influenced by contemporaries Cristóbal de Villalpando and Juan Rodríguez Juárez. His remains are interred at the Church of Santa Inés in Mexico City.