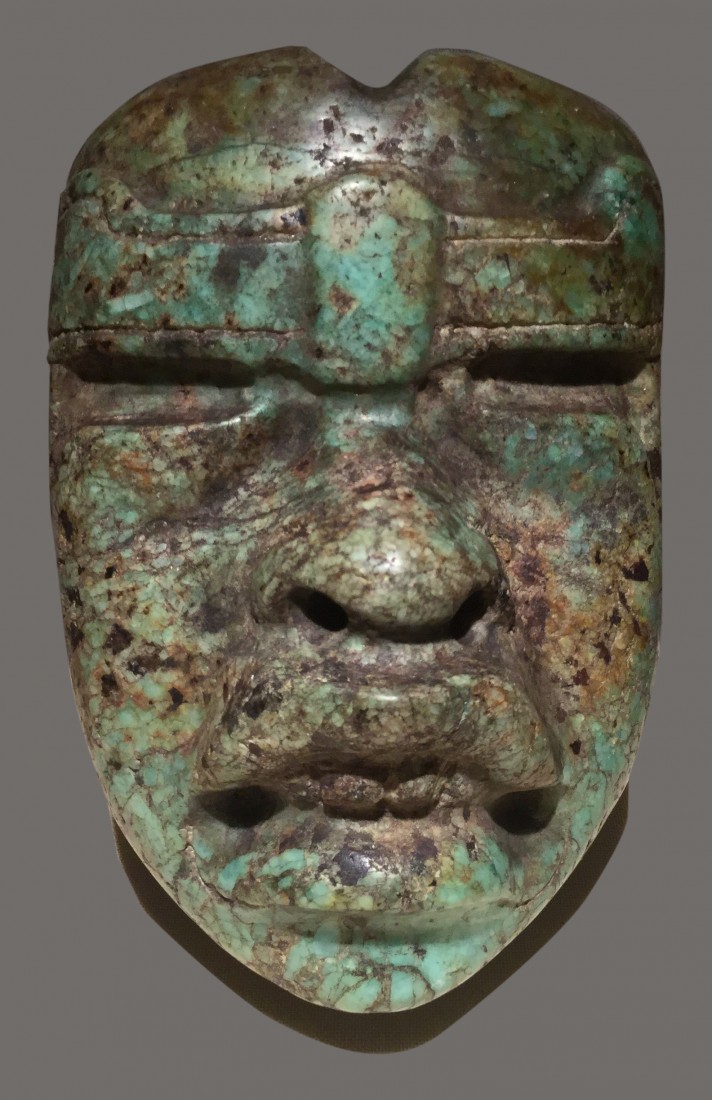 Inquire Enlarge
Maskette
1200 - 600 BCE
4" x 3" x 2.5"
Sculpture, jadeite
Region: Mexico, Mesoamerican Classic
Culture: Olmec Culture
Depicting a typical Olmec face with slanted, almond-shaped eyes and a toothless, slightly downturned mouth, this mask is rendered with simplicity and elegance. Its harmonious proportions are indicative of the sophistication attained by Olmec sculptors. The smooth, highly polished planes of cheek, forehead, and chin plus the almost fleshy quality of the nose and parted lips belie the incredible hardness of the greenstone cobble from which the mask was made. The face itself is neither human nor supernatural but, rather, an idealized type that incorporates otherworldly aspects—such as the mouth, where transformation from human to supernatural being can be seen

Masks of this size in stone have not been excavated in context at any archaeological sites and it is difficult to determine their function. Lacking holes for eyes and nose, it could not have been worn over a living face, but there are attachment holes along the edges by means of which it might have been used as a costume element or adhered as a face to a mummy or a sacred bundle. There is a polished, circular depression on the back of the mask.