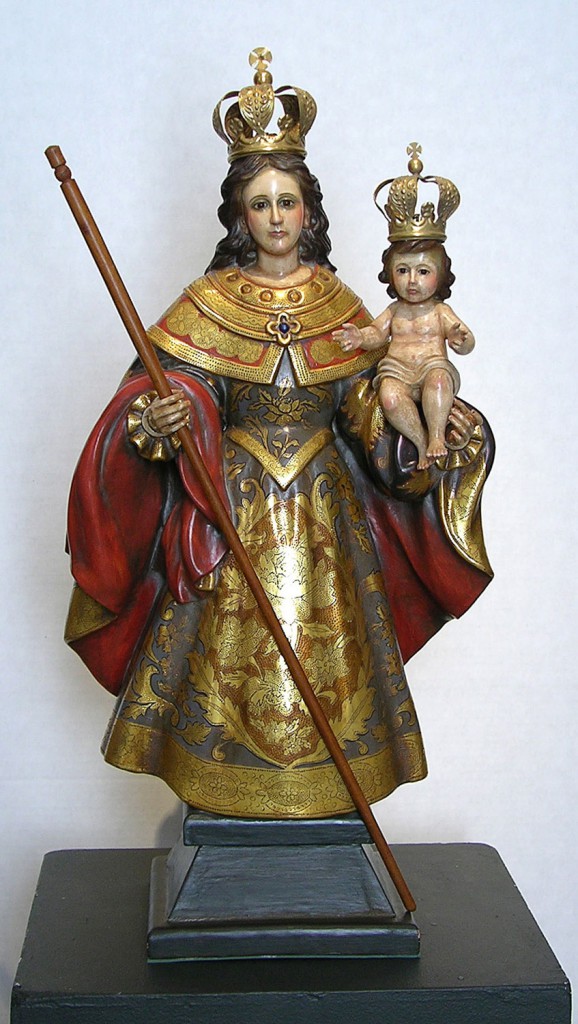 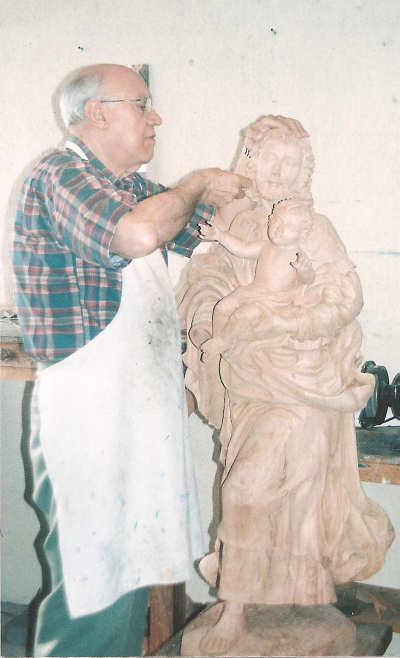 Luis Alberto Mora Valencia was born in Guadalajara, Jalisco, Mexico, of native Mexican parents and grandparents whose family roots originated in Spain at least four generations ago. His elementary and high school education was conducted under the auspices of the Jesuits. After high school he pursued his vocational educaiton at a Mexican government school in Guadalajara. His early working career consisted of a relatively long stint in real estate which underwent similar ups-and-downs experienced in the States in the 1970s and 1980s. Later he pursued general export business (Morava Exports) specializing in various arts and crafts from all over Mexico, an avocation he still pursues.

When Luis was asked how the decision came about to become a santero, he said that when he got into exporting Mexican arts and crafts he became inspired to try his hand at carving. His immediate personal interest was to carve a bulto of his favorite santo, San Miguel, for his home. He had prevously tried to purchase a San Miguel bulto locally but was unable to find one that appealed to him. After this unsuccessful attempt he decided to try his own hand at carving the bulto. Luis noted, "I had asked other local carvers as to how I should proceed, but I found them unwilling to share their secrets of the trade." He added, "At that point, I decided to take the bull by the horns and develop my own carving and painting techniques. As I continued to carve I found I enjoyed doing it, so I just continued with it. In reality I learned to do it on my own without help from anyone." Of course with his rigorous Catholic upbringing he was familiar with the santos and this familiarity was reinforced with library research. Still, it was a challenge that he has successfully met. In the years since he has carved hundreds of relatively large painted bultos and the Archangel San Miguel still remains one of his favorites. Luis notes, "Although I have carved a number of San Miguel bultos, each one is very different from its predecessor; I never duplicate a santo." He goes on,"...carving bultos is my first love, and that has become an exclusive consuming passion for me."