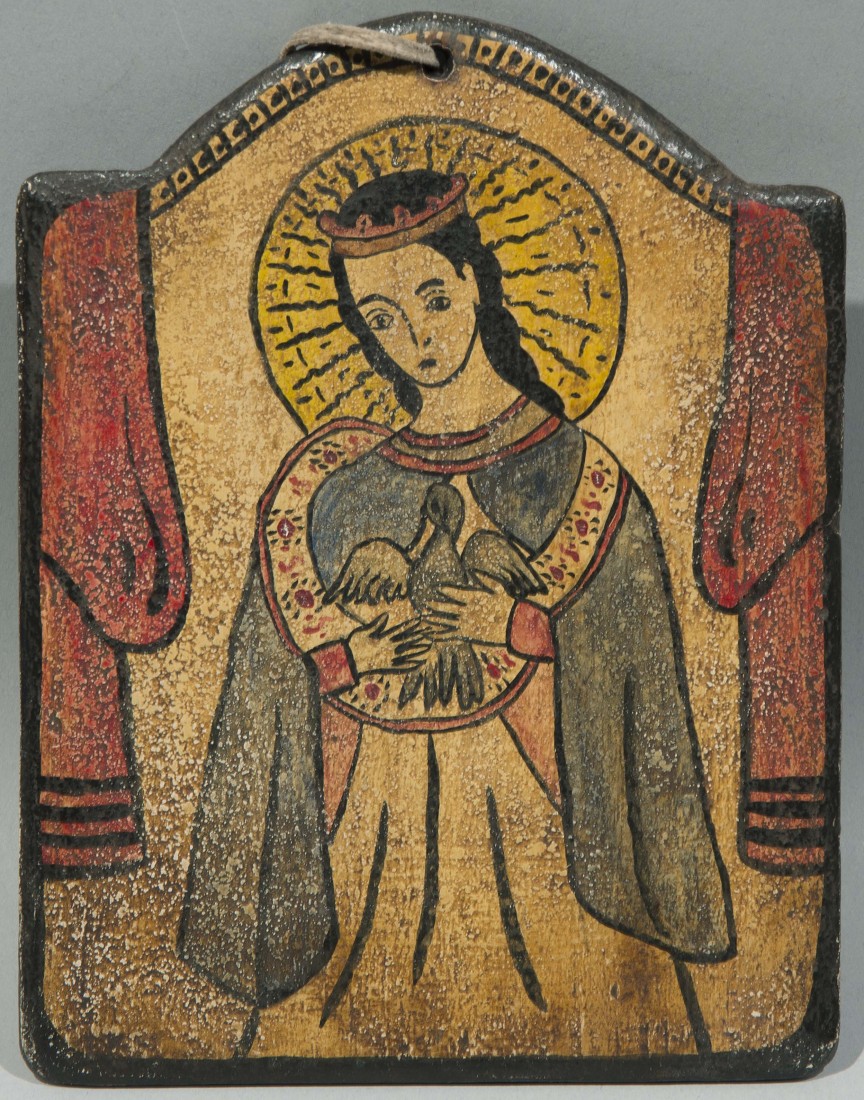 Frank Applegate
Frank Applegate, an author, painter, potter and woodcarver, lived in Santa Fe for only a decade, but he had a profound impact on the city and the cultural region. The things that make Santa Fe a "city different" today, such as the Pueblo Revival architecture, the intermingling of Spanish, Indian and Anglo cultures, and the celebration of art, are the very things Applegate admired and defended.

Books on American arts and crafts note his efforts to revive Spanish Colonial art, but make no mention of his own studio pottery or his work with Hopi potters. Likewise, scholars who have read his books of southwestern folklore know nothing about his fine woodcarving. Museum curators who admire his contributions to their collections of Indian pottery and Spanish Colonial art are often unaware of his devotion to Pueblo Revival architecture.

Applegate moved to New Mexico from Philadelphia in 1921. In New Mexico, he exhibited his work more frequently than he had back East, due largely to the nurturing artistic atmosphere of Santa Fe and the open-door policy at the Santa Fe Museum of fine Arts. His style evolved constantly during the decade he lived in Santa Fe, as he experimented with different forms, techniques and media. While he devoted most of his talent and energy to painting, Applegate also tried his hand at etching, wood or linoleum block cutting, woodcarving, adobe sculpting and even religious art in the New Mexican Hispanic tradition. Still, it is as a painter that he is best known today.

Although the paintings of the Santa Fe modernists, including Applegate, displayed abstract qualities, the majority of paintings made in the early 1920s were representational. While it would be several years before Raymond Johnson became New Mexico's first well-known abstractionist, Applegate and the other modernist artists examined and focused on the geometric elements in nature, emphasizing them in their designs, as well as conveying their emotions toward the objects and scenes they painted.


view all works by Frank Applegate