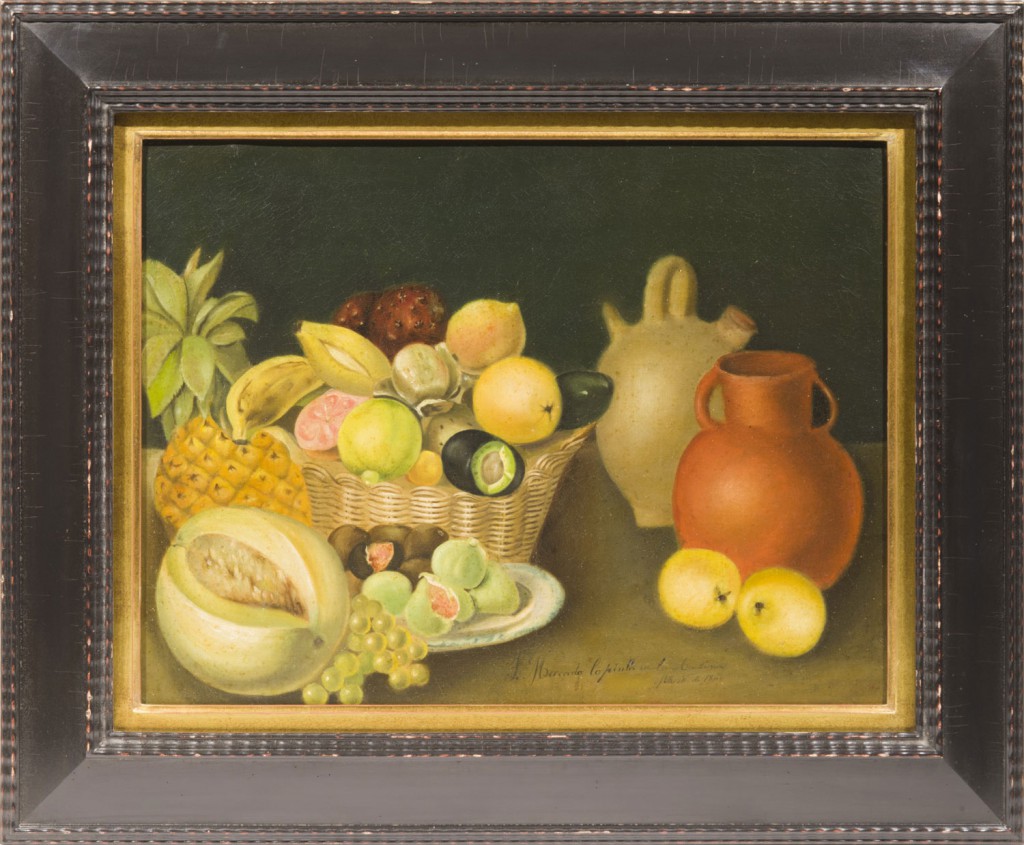 "La Academia Still Life", by the Mexican painter F. Mercado, belies a fascination with European renaissance masters that was shared by many of his peers. In the first half of the 19th century, European painting styles were introduced to Mexico. In the mid-to-late 19th century, when this painting was created, Latin American academies began to shift away from teaching Neoclassicism to teaching Academic Realism. Idealized and simplified depictions became more realistic, with emphasis on details. Spanish Baroque painting styles also influenced the still lifes or "bodegones" that were painted by Mexican artists during this period.

The painting depicts a variety of fruits, some of which were European still life standards-such as the bunch of glossy green grapes in the composition's lower left, and the peach and figs displayed in the wicker basket and platter, respectively. Other fruits, like the yellow quince and the prickly red dragon fruit or pitaya, are certainly more exotic, denoting Mercado's intention to portray an accurate pictorial representation of his native land. The melon, avocado, bananas, and pineapple are striking examples, the first three of which bear gashes in their outer flesh, hinting at the exotic meats within. To the composition's right, a brightly colored orange jug is placed just before a beige vessel. Both exemplify mid-19th century, traditional Mexican pottery. This still life painting is notable for the realism of its textures and its striking use of light, which is predominantly focused on the left side of the painting. It is an excellent example of the provincial bodegones of the artist's time.


view all works by F. Mercado