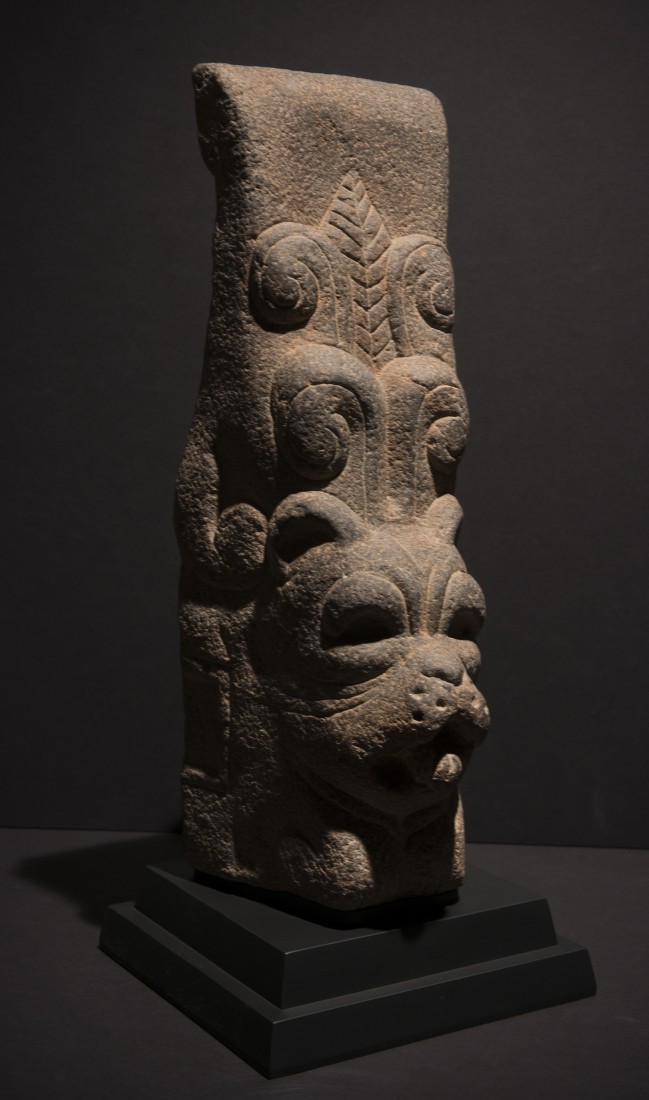 Inquire Enlarge
Jaguar Palma
800-1000 CE
15.5" x 7" x 5.25"
Sculpture, Stone
Culture: Veracruz Culture
The palma was a key element in the Mesoamerican ballgame, along with the yoke and the hacha. The palma was most likely a trophy or an element of ceremonial costume worn by ball players. They are frequently represented in stone and can take the form of arms, hands, a player or a fan-tailed bird. It is believed that stone versions were given as trophies, and are frequently found in graves. They are considered to be reminders of the link between the sport and the underworld in Mesoamerican mythology.

This excellent example of the palma features a jaguar head.