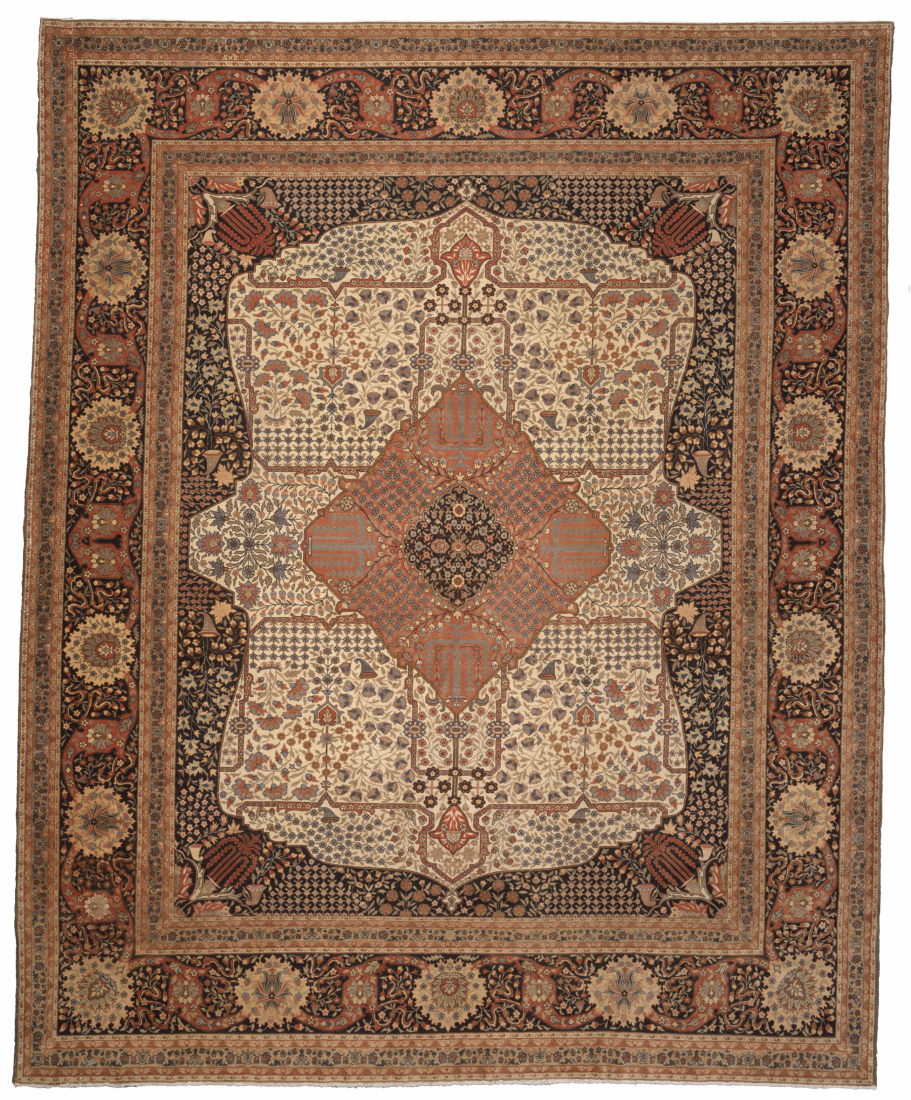 Inquire Enlarge
Hadji Jalili Tabriz
19th Century
137" x 108"
Textile, Rugs, Wool
Region: Persia
The weavers of Tabriz in northern Persia are responsible for the largest number of extant examples of classical carpets held in museum collections worldwide. The town of Tabriz, a cultural center that was heavily influenced by the Ottomans, Armenia and the Caucasus also had a geographical location that provided all the necessary elements for the production of carpets of outstanding quality, namely high quality wool and plant materials used for dyes.
Tabriz carpets as we know them now are generally of high quality but there is one workshop that was established during the last quarter of the 19th century that produced carpets of outstanding quality, the workshop of Hadji Jalili.
The master designer named Jalili became famous for carpets produced of the finest quality materials skillfully knotted with a palette that has become a hallmark identifying carpets from his atelier. The palette replaced the more traditional heavily saturated colors used in the area with softer, more muted tones of rust, taupe, teal, and celadon. The wools used are of the highest quality and produced carpets that when clipped appropriately close have a frosty quality to the surface. The best examples display a luster that reminds one of silk velvet.
Tabriz carpets from this workshop were highly valued from the day they were produced and remain one of the most coveted antique carpets sought by collectors and connoisseurs. Examples in fine condition have become extremely rare.