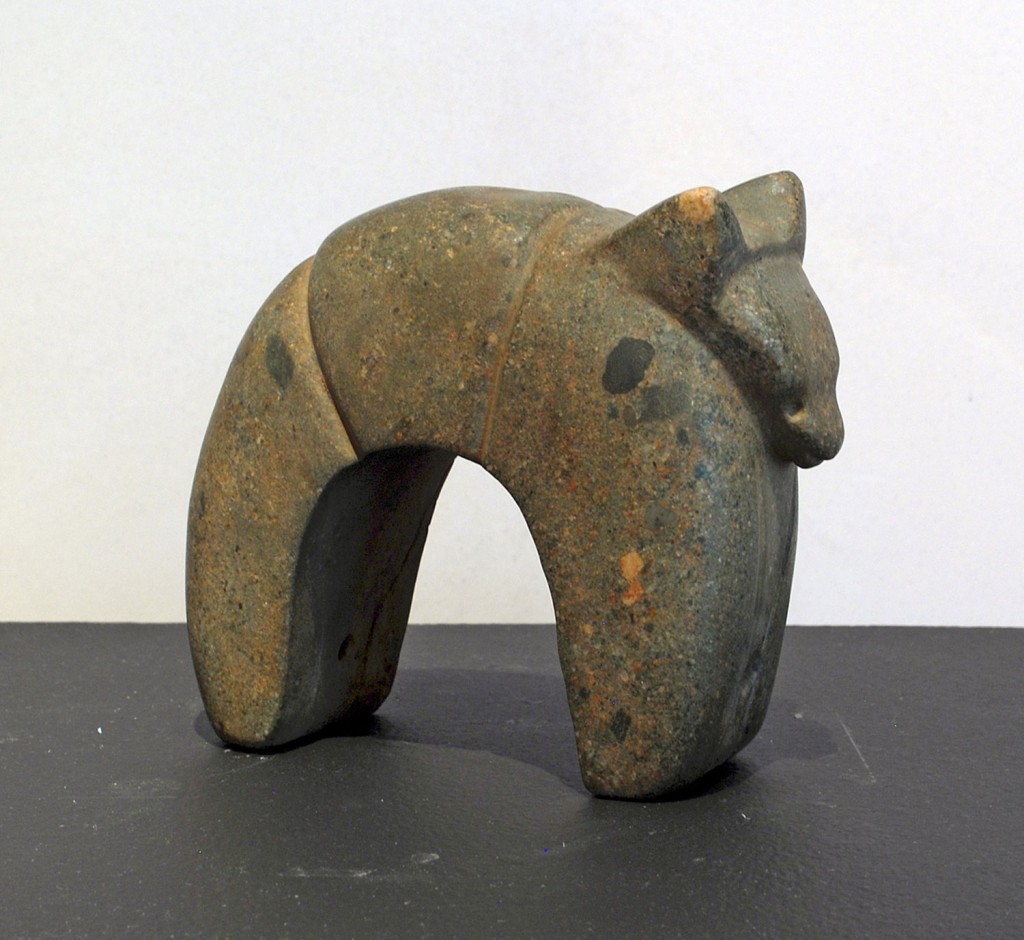 Inquire Enlarge
Fox Yugito
500-1521 CE
5" x 6.5" x 3.75"
Sculpture, stone
Culture: Veracruz Culture
Originating around 1500 B.C. among the Olmec, the Mesoamerican ballgame was the first team sport in human history. While there were localized variations in the game that was played from New Mexico to Honduras to the Caribbean, there were also many consistent features. Players' hands were only used to put the ball into play, after which it was deflected with the hips, knees, elbows, feet, and head. Ballplayers from Veracruz (Gulf Coast of Mexico) wore typical ballgame equipment including a u-shaped yoke around the hips, and a kneepad or "yugito" as seen in this beautiful example.