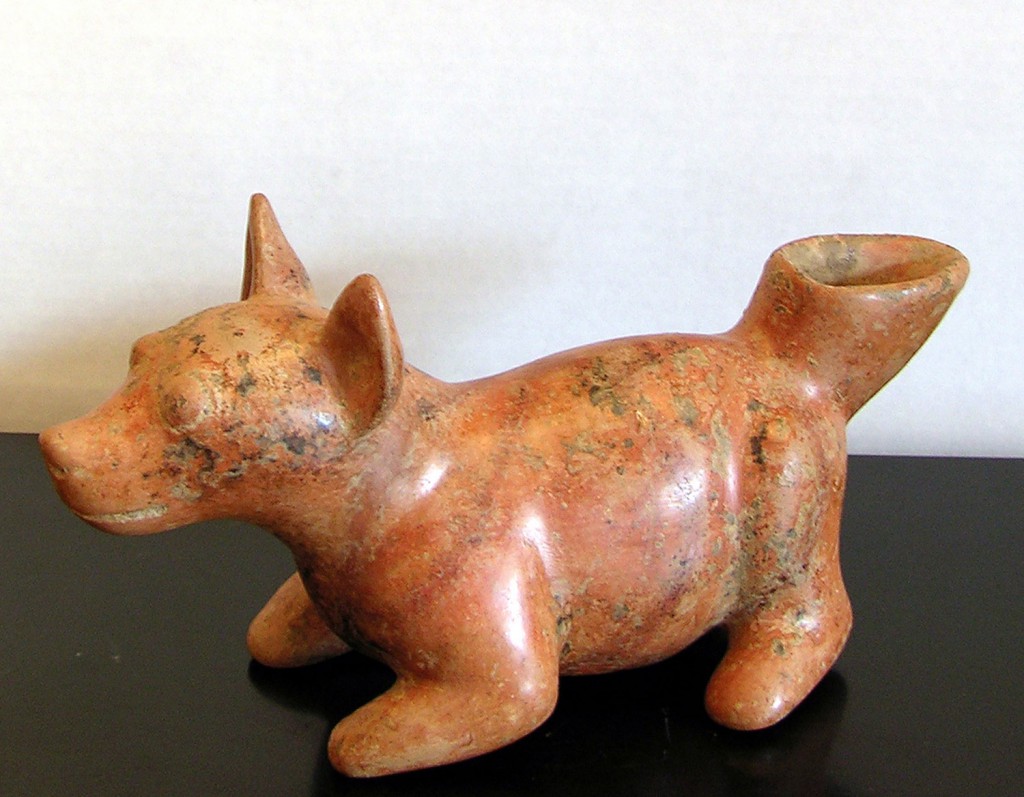 Inquire Enlarge
Dog Vessel ~ SOLD
300 BCE - 300 CE
6.5" x 12.5" x 5"
Ceramics, Terra-Cotta
Region: W. Coast of Mexico
The Colima Dog was known to have a variety of uses throughout its centuries of existence: food source, guardian to the dead, healer, watchdog. At least two different types of Colima dogs evolved: one to be fattened up and eaten or ritually sacrificed, and another type for a watchdog and healer of the sick.

Esteemed as protectors, Xolos were believed to safeguard the home from evil spirits as well as intruders. If the canine was a good guard dog, he would be kept and used as breeding stock. It is believed that, because of the tendency of the breed to make good watchdogs, the superior animals were used to produce stronger and larger animals--hence, today the size of the Mexican Hairless can weigh in at 60 lbs.

The fat dogs most often depicted in Colima sculpture were eaten. Possibly that's why many of the sculptures of the Colima Dog portray the animal with an ear of corn in his mouth.