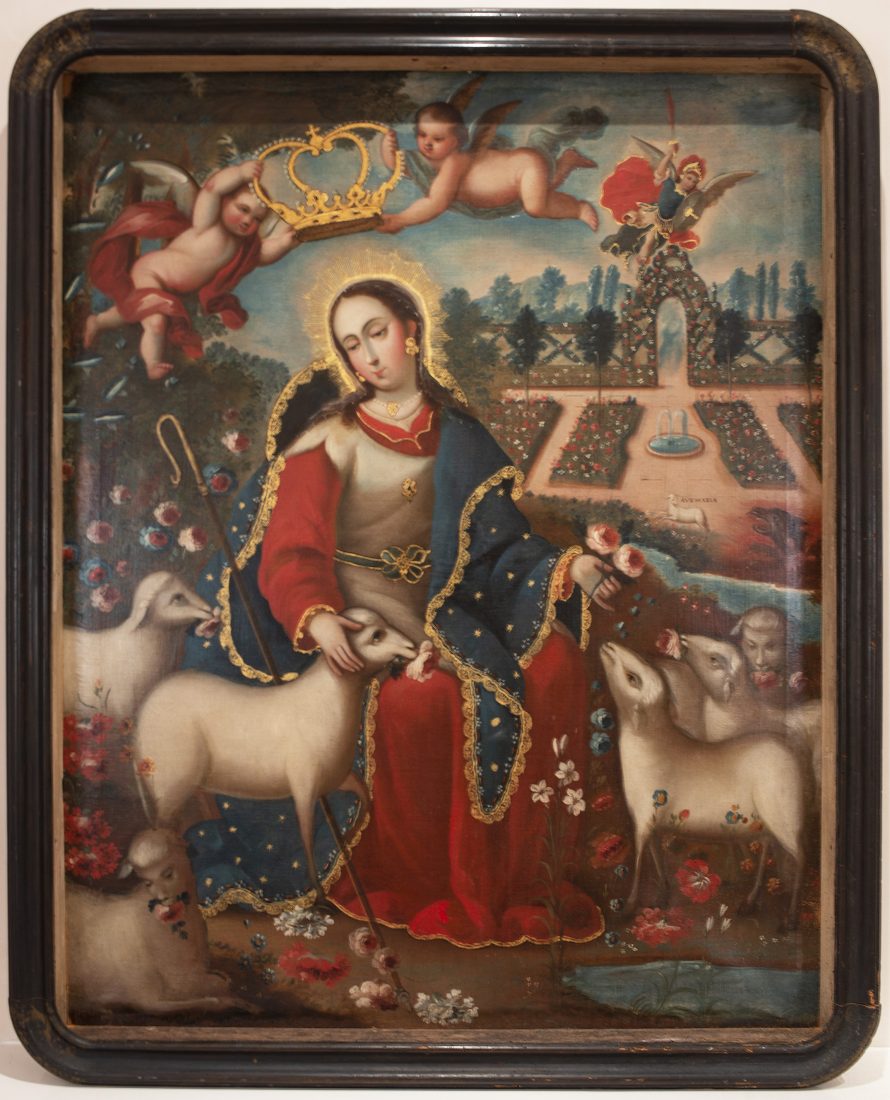 Inquire Enlarge
Divina Pastora
18th c.
50" x 40"
Painting, Oil on canvas
Region: Mexico
The theme of the Divine Shepherdess originated in Seville in 1703 when the Capuchin monk, Isidoro of Seville, commissioned the Spanish painter, Alonso Miguel de Tovar, to create the image after a vision of the Virgin as a shepherdess. In accordance with Isidoro's first description, nearly all Divinas Pastoras share remarkably similar qualities. In this particular eighteenth century painting, the Virgin is dressed in a red tunic and blue manta and wearing a sheepskin shawl. She is shown tending lovingly to the sheep who represent believers. in the background, one of the flock has strayed and is being chased by a devilish monster. Fortunately, the Virgin sends Michael the Archangel to protect the stray sheep. St. Michael brandishes a cartouche bearing the inscription "AVE MARIA" to invoke her aid. Two putti (cherubs) playfully lower a crown onto the Divine Shepherdess's head, which emits a heavenly glow. Divina Pastora gained widespread popularity for the sweetness and loving manner of the Virgin tending her flock. This imagery spread rapidly after its presentation at the beginning of the eighteenth century. It became especially popular in Latin America, and Miguel de Cabrera was known for creating Divina Pastora scenes. This painting is unique for its size, as most Divinas Pastoras are small devotional paintings. Furthermore, the painting is in excellent condition and resides in its original frame. With luminous colors and goldleaf and an aura of maternal love, Divina Pastora is a testament to the remarkable care that characterized Mexican religious painting of the eighteenth century.