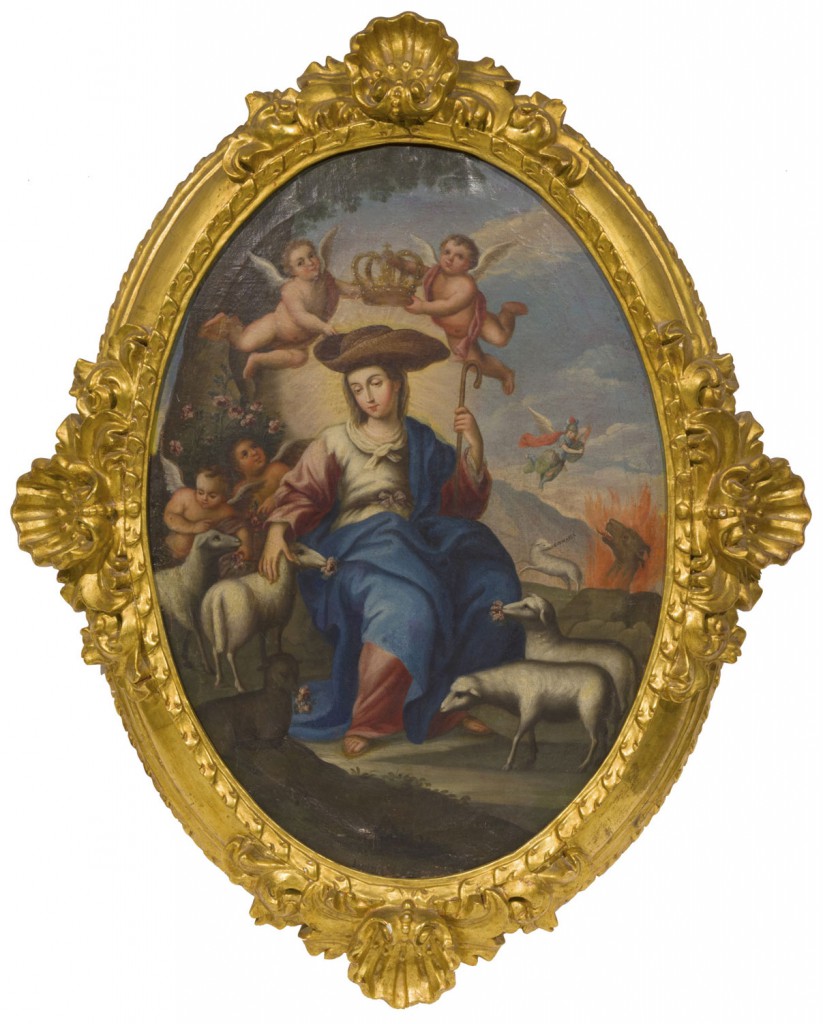 Inquire Enlarge
La Divina Pastora
ca. 1775
25.5" x 17.75" Framed: 34.5" x 27.34"
Painting, oil on canvas
Region: Mexico
The Divina Pastora (Divine Shepherdess), a statue of the Virgin Mary holding baby Jesus and a sheep, is one of the most important religious icons of Venezuela. It is the local representation of the Virgin and the patron saint of the city and of the Venezuelan National Militia The popular legend of the Divina Pastora in Venezuela dates from 1736, when the parish priest of the town of Santa Rosa commissioned a sculptor to make a statue of the Immaculate Conception. Unexpectedly, the figure that was delivered was of the Divina Pastora. The priest wanted to return it, but the packing crate could not be lifted. The whole town took this as a sign that the statue wanted to remain in Santa Rosa In 1855 the status of the Divina Pastora as the patron saint of the Venezuelan state of Lara was further established, when a cholera epidemic occurred, striking a great number of families in Barquisimeto. Desperate, they implored the Divina Pastora for help. It is said that Father Jose Macario Yépez, parish priest of the La Concepción church of Barquisimeto, offered himself before the Virgin, to be the last victim of the disease. Some accounts say that the priest died six months later and that the epidemic then left the city; others indicate that his supplications stopped the epidemic immediately.