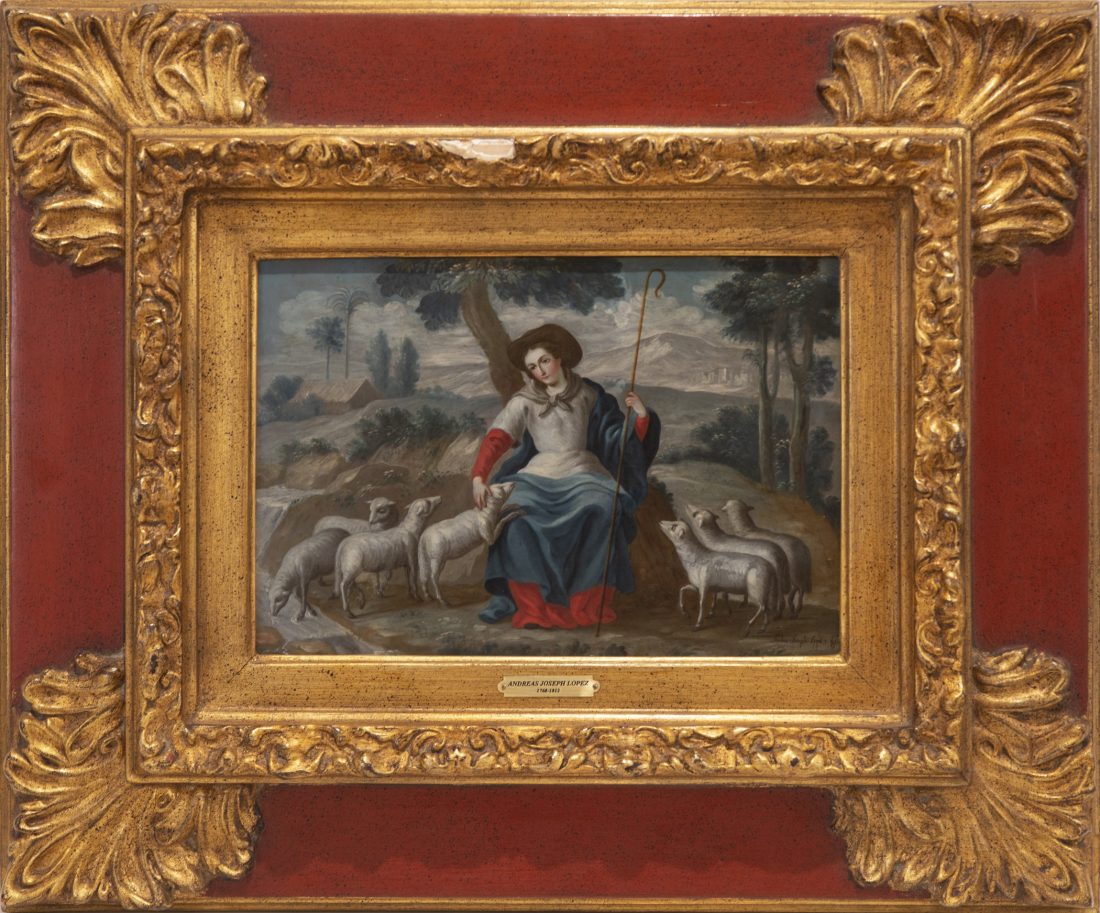 Inquire Enlarge
Divina Pastora
late 18th c.
8.5" x 12.25" Framed: 19.5" x 23.5"
Painting, Oil on copper
Region: Mexico
Signed lower right
The theme of the Divine Shepherdess originated in Seville in 1703 when the Capuchin monk, Isidoro of Seville, commissioned the Spanish painter, Alonso Miguel de Tovar, to create the image after a vision of the Virgin as a shepherdess. In accordance with Isidoro's first description, nearly all Divinas Pastoras share remarkably similar qualities. In this particular eighteenth century painting by noted Mexican painter Andrés López, the Virgin is dressed in a red tunic and blue manta and wearing a sheepskin shirt. She is shown tending lovingly to the sheep who represent believers. This small oil on copper is one of a set in which the other painting depicts Christ as the Divine Shepard. Unlike most Divinas Pastoras scenes, this rendition shows the Virgin in the center surrounded by her flock on both sides. The archangel fighting the demon to save the stray sheep that is usually seen in the background is absent, instead depicting an idyllic countryside. Divina Pastora gained widespread popularity for the sweetness and loving manner of the Virgin tending her flock. This imagery spread rapidly after its presentation at the beginning of the eighteenth century where it was taken up by many Latin American artists including Miguel de Cabrera, Andrés de Islas, and Andrés López, who created this particular set.