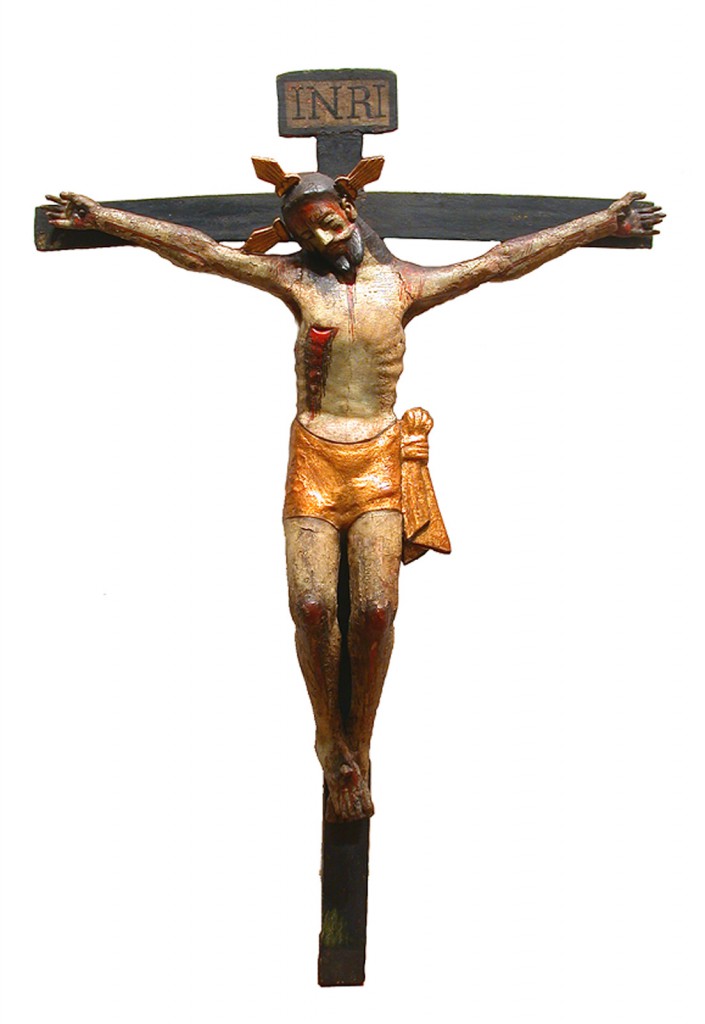 Inquire Enlarge
Cristo
ca. 1775
67" x 45" x 8"
Cristos, Wood, gesso and polychrome
Region: Mexico
The veneration and celebration of Christ Aparecido first began in Mexico City in 1588 when the Augustinian monks brought the original miraculous statue to the city. Through the seventeenth and eighteenth centuries, Christ Aparecido became a popular image and was recreated by many artists. This version of christ was especially important among indigenous peoples in Mexico City who relied on him for protection from infectious diseases. Christ Aparecido became so popular, that the Franciscans questioned his authenticity as a true christ, an argument that came to little fruition as, at this point, the cristo was fully integrated into Mexican culture.