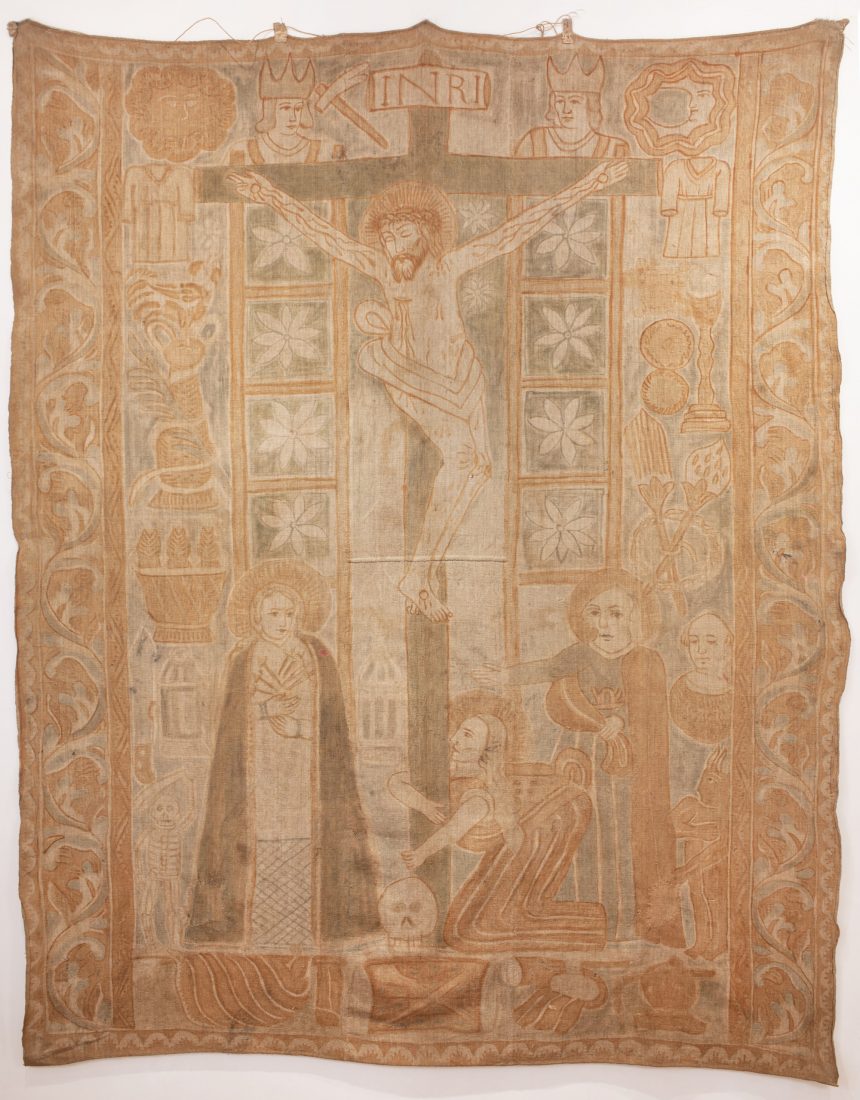 Inquire Enlarge
Cortina de Cuaresma (Lenten Curtain)
ca. 1800
96" x 72"
Tapestries, handspun rough cotton, resist natural dyes including indigo
Region: Chachapoyas, Peru
In the early days of the Catholic Church, churches covered statues during the last two weeks of Lent. These traditions made their way to the New World, where they became an ideal platform for the Jesuit missionaries to communicate important Christian imagery to native congregants. This particular hanging, from late eighteenth century Chachapoyas in Peru, incorporates both familiar iconography in the European tradition, and regional elements. It possibly would have been used to cover the high altar during lent. Made from hand-spun rough cotton with resist dyes of indigo and other natural colorants, this lenten curtain communicates the solemn message of Christ's sacrifice and would have promoted contemplation from the church-goers. Strikingly similar to another lenten curtain at the Metropolitan Museum of Art, the crucified Christ is the central image surrounded by iconography. Mary Magdalene is directly below Christ with the Virgin of the Sorrows to the left and John the Evangelist to the right. Other symbols include the sun and moon at the right and left hands of Christ, the crown of thorns, the crowing rooster, the whip, native baskets and lace-edged garments, and two empty garments which suggest the good and impenitent thieves—who are awaited by the grim reaper and devil below.