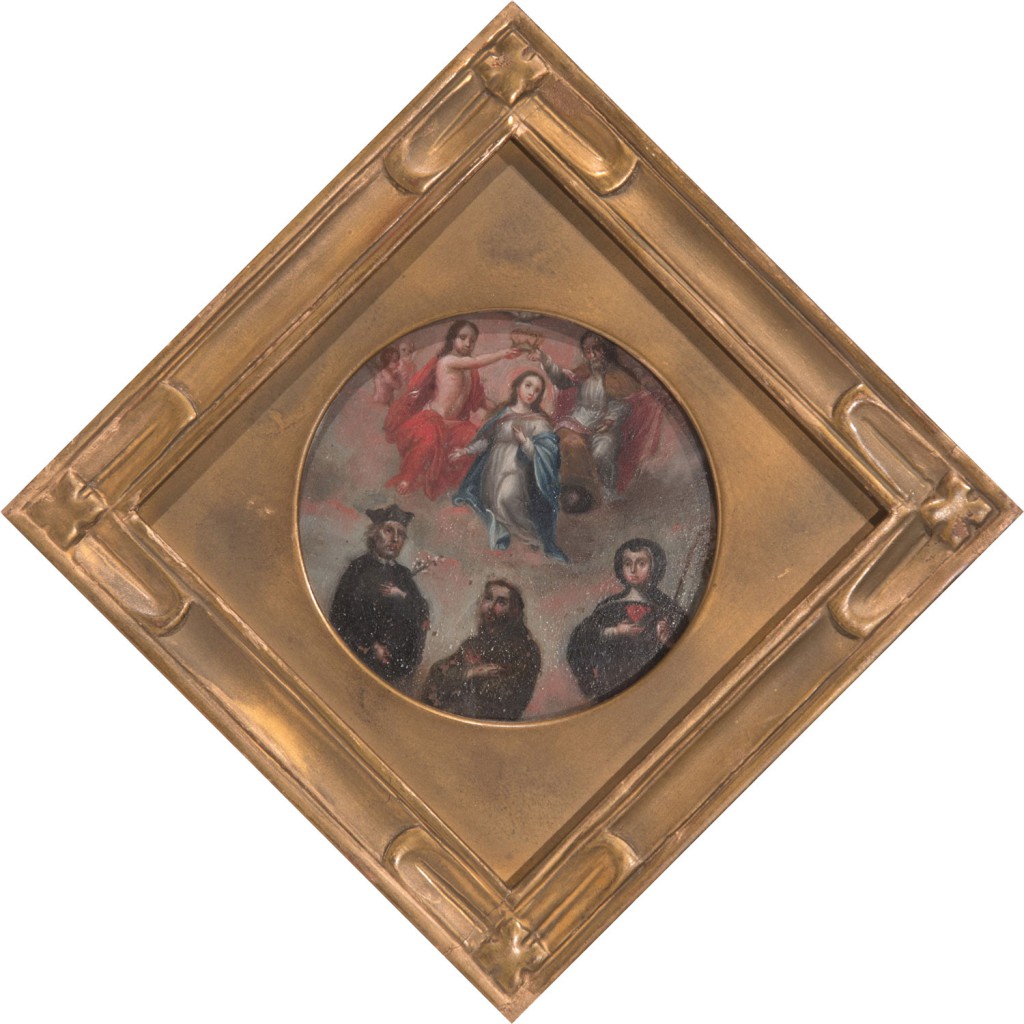 Inquire Enlarge
Escudo – Coronation of the Virgin
ca. 1750
3.37" x 3.37" Framed: 5.75" x 5.75"
Painting, Oil on Copper
Region: Mexico
This escudo would have decorated the habit of a nun in Colonial Mexico, or New Spain, clipped right beneath her face. Nuns from convents which practiced a less austere and strict life often wore more elaborate habits, including large full sleeves, a coif, a scapular and an escutcheon plate depicting a scene from the life of the Virgin Mary, the prime role model of purity and virtue for a professed nun or Bride of Christ. The escudo is originally a Spanish tradition, and it was originally called a venera. Unlike the original Spanish versions, nuns from New Spanish convents like the Conceptionists or the Hieronymites, wore larger and more elaborate escudos to adorn their habits. This particular escudo is oil painted on copper. It probably was worn originally with a wooden frame, or possibly tortoise shell frame upon the breast of a professed nun.

The scene depicted exquisitely, is the coronation of the Purisima, or the Immaculate Virgin Mary, by the trinity. The painting depicts the Holy Ghost, God the Father and Jesus Christ all crowning the Virgin Mary, who is wearing the traditional blue and white attire. They are floating in heaven, surrounded by cherubs who observe the scene in awe. Below, three saints witness the scene, including Saint Gertrude, Saint Francis of Assisi bearing the stigmata in his palms, and Saint Dominic holding a white lily.

The scene would have likely been worn by a Conceptionist nun belonging to the Order of the Immaculate Conception.