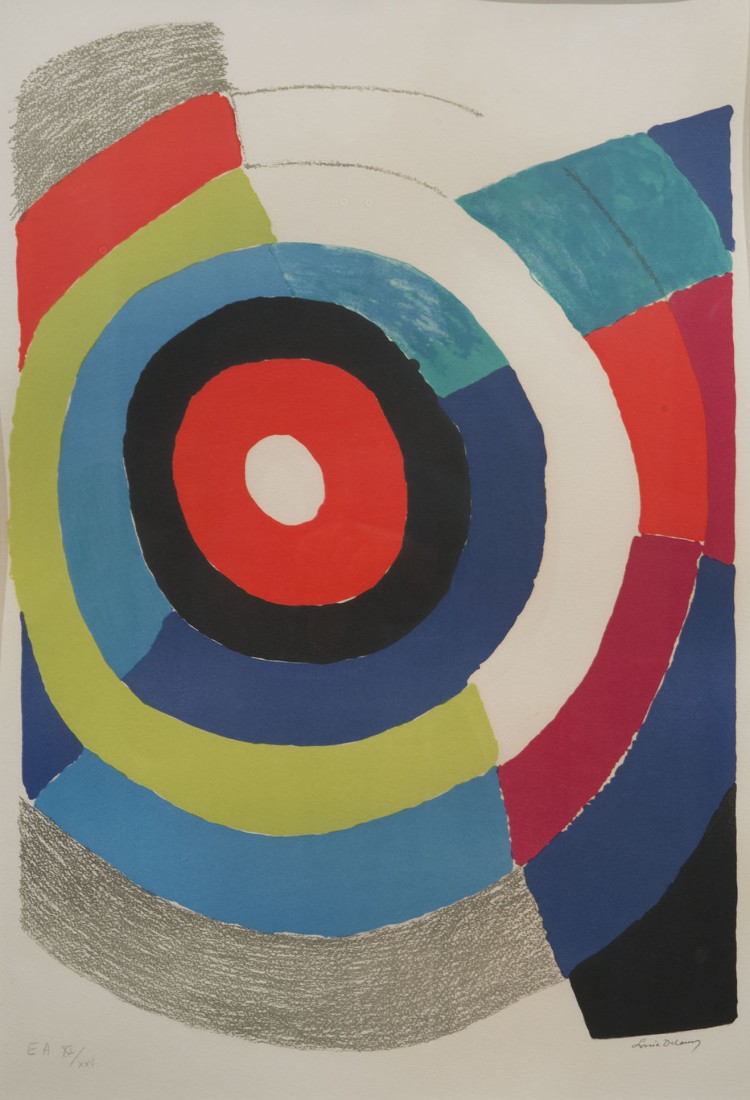 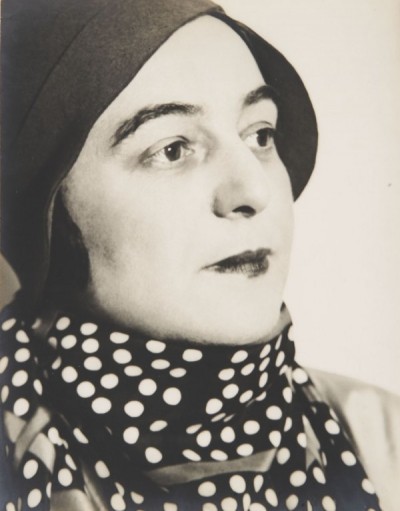 Sonia Delaunay, originally born Sofia Ilinitchna Terk in the Ukraine, was a Russian painter, illustrator, and textile designer who pioneered early abstract art in the years before World War I.

Delaunay grew up in St. Petersburg. She studied drawing in Karlsruhe, Germany, and in 1905 moved to Paris, where she was influenced by the Post-Impressionists and the Fauvists. Delaunay was regarded as the the center of the Paris art world in the early 1900s. She married the artist Robert Delaunay in 1910, by which time she was painting in the style known as Orphism, which involved the harmonious juxtaposition of areas of pure color. She extended Orphist principles to the design of fabrics, pottery decoration, stage sets, and other applied arts.

Among her most important works were her Orphist illustrations for a poem by Blaise Cendrars entitled "La Prose du Transsibérien et de la petite Jehanne de France" in 1913. The resulting volume was a landmark in modern book production.

During the 1920s Delaunay designed textiles and dresses. Her use of abstract color harmonies had a strong influence on international fashion. She returned to painting in the 1930s, joining the Abstraction-Création association in 1931. She and Robert Delaunay became involved in public art projects, and they collaborated on vast murals for the Paris Exposition of 1937. After her husband’s death in 1941, Delaunay continued to work as a painter and designer, and she lived to see the mounting of retrospectives of her work by major museums from the 1950s onward. In 1964 she became the only woman to have had an exhibition at the Louvre Museum in her own lifetime.

view all works by Sonia Delaunay