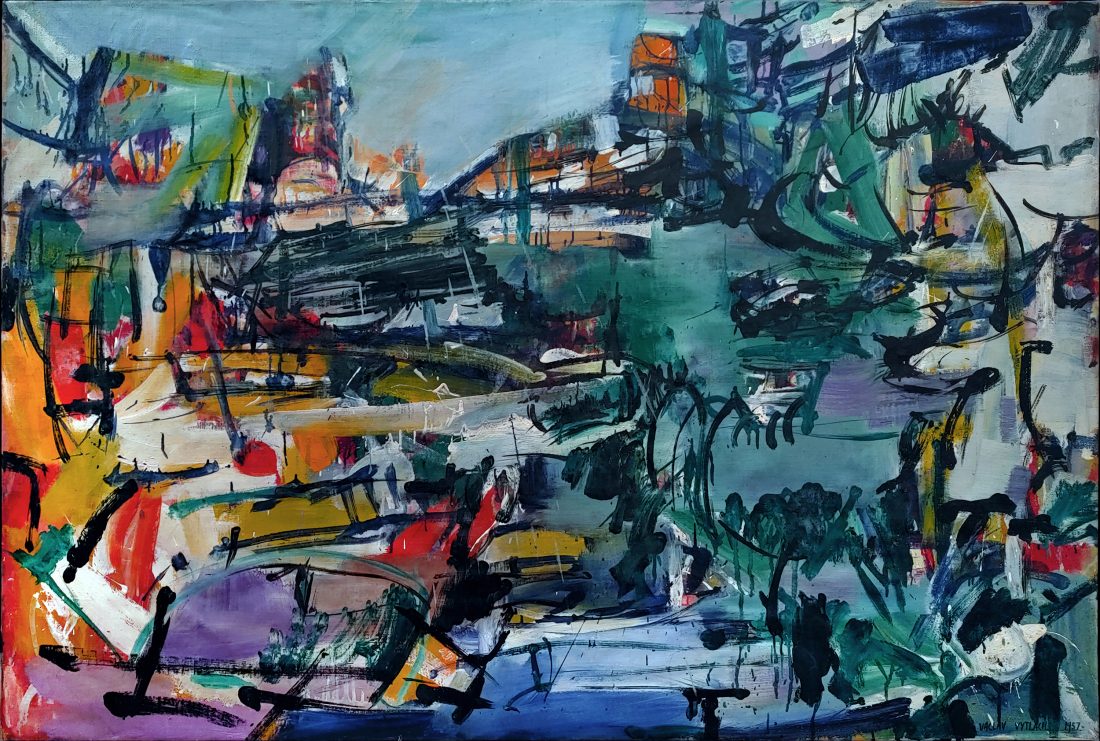 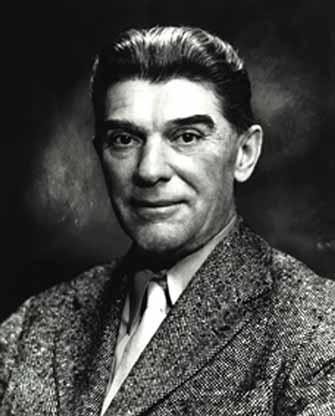 Vaclav Vytlacil was among the earliest and most influential advocates of Hans Hofmann’s teachings in the United States. Vytlacil, who first met Hofmann in Munich in 1923, had already completed his art studies and had been teaching art for five years. Vytlacil immediately grasped the significance of Hofmann’s ideas. ​“I quickly realized,” he later recalled, ​“that this is what I had been searching for.”(1)

As a child, Vytlacil had taken art classes at the Art Institute of Chicago. In 1913, he received a scholarship to the Art Students League in New York, where he worked with John C. Johansen, an able portraitist whose expressive style resembled that of John Singer Sargent and Anders Zorn. On completion of his studies in 1916, he accepted a teaching position at the Minneapolis School of Art. Vytlacil saved enough money to go to Europe in 1921. He hoped to study Céanne’s paintings and the work of Old Masters. He spent a month in Paris, then went to Prague (his parents were Czechoslovakian). He toured Dresden, Berlin, and Munich. The paintings he sought out-works by Rembrandt, Titian, Veronese, Cranach, and Holbein — gave him a new perspective. ​“I am, for the first, beginning to understand some of the laws the old masters used in their paintings and wonderful things they are too. It was no hit or miss affair with them, neither was it just feeling: but rather real solid laws and facts that not only one used, but they all used.”(2)

In Munich, Vytlacil enrolled at the Royal Academy of Art, where Worth Ryder and Ernest Thurn were fellow students. When Thurn left the Academy for Hofmann’s school, Vytlacil soon followed.(3) Vytlacil worked with Hofmann throughout the mid 1920s, first as a student, and subsequently as a teaching assistant. With Thurn, he organized Hofmann’s 1924 summer school on the island of Capri.

The contact with Hofmann made Vytlacil reconsider his own artistic approach. ​“More and more I realize that drawing is the bottom of it all and to paint without being able to draw leads only to grief.”(4)

Vytlacil returned to the United States in 1928. During the summer of that year, at Ryder’s invitation, he gave a series of lectures on modern European art at the University of California at Berkeley. The next fall he joined the faculty of the Art Students League. Although he encountered opposition from Reginald Marsh, Boardman Robinson, and Kenneth Hayes Miller at the league, Vytlacil gave a series of public lectures on modern art that had lasting importance. George L.K. Morris was only one of many young Americans lured into modernism after hearing Vytlacil speak.

Vytlacil returned to Europe after a season at the league. In Munich he attempted to interest Hofmann in teaching at the league. He then set up a studio in Paris, where he gained first-hand knowledge of Picasso, Matisse, and Dufy. Over the next six years, Vytlacil divided his time between Paris, Capri, and Positano. In 1931, he took a five-year lease on a villa in Positano and opened an informal school. He returned to New York in 1935, and the following year helped found the American Abstract Artists. During the late 1930s and early 1940s, he taught at a variety of places — the Art Students League, Queens College in New York, Black Mountain College in North Carolina, the College of Arts and Crafts in Oakland, California, and other art schools. In 1946, he rejoined the faculty of the Art Students League and remained there until his retirement in 1978.(5)

Even before Vytlacil went to Europe, his paintings showed a decided inclination toward modernism. In the expressionistic Village Scene of 1918, and other work from the the same decade, Vytlacil compressed space and balanced his compositions through an adroit use of color. His still lifes and interiors from the 1920s reflect an understanding of Céanne gleaned partly from his discussions with Hofmann:

“No one in my former period of training had ever spoken of the properties of the two-dimensional plane, that planes built volumes, not lines, that volumes were three-dimensional and that the negative space in which they exist also has a three-dimensional volume.”(6)

During the 1930s, Vytlacil pursued two distinct and very different kinds of art simultaneously. Landscapes and cityscapes of the early 1930s, such as City Scene #10 and Theater District, merge Cubist-inspired spatial concerns with an expressionistic approach to line and color. He also began doing constructions. These were usually of discarded wood from a department store opposite his studio. He occasionally added cardboard, string, metal, and cork to these works.(7) Though he experimented with constructions for several years, Vytlacil eventually gave them up as too limiting. He continued to prefer the spatial challenges of painting. Over the years Vytlacil occasionally ventured into complete nonobjectivity; still most of his work is abstracted from recognizable subjects.

During the 1940s and 1950s there was a new found freedom in Vytlacil’s paintings. Energy replaced form as primary concern, and his subjects — landscapes, still lifes, the human figure — possessed a spontaneity unsuspected from his earlier work.

3. Lawrence Campbell, ​“Introduction,” Vaclav Vytlacil: Paintings and Constructions from 1930 (Montclair, N.J.: Montclair Art Museum, 1975), p. 3, describes Thurn’s situation. Thurn was forced to leave the Royal Academy when the Bavarian Ministry of Culture decided to limit the age of students to thirty-five. To retain his visa, Thurn had to find alternative, approved instruction. He discovered Hofmann’s school, which had police permission to accept students of any age and nationality.

5. The most thorough chronology of Vytlacil’s life can be found in the Montclair Art Museum publication.


view all works by Vaclav Vytlacil