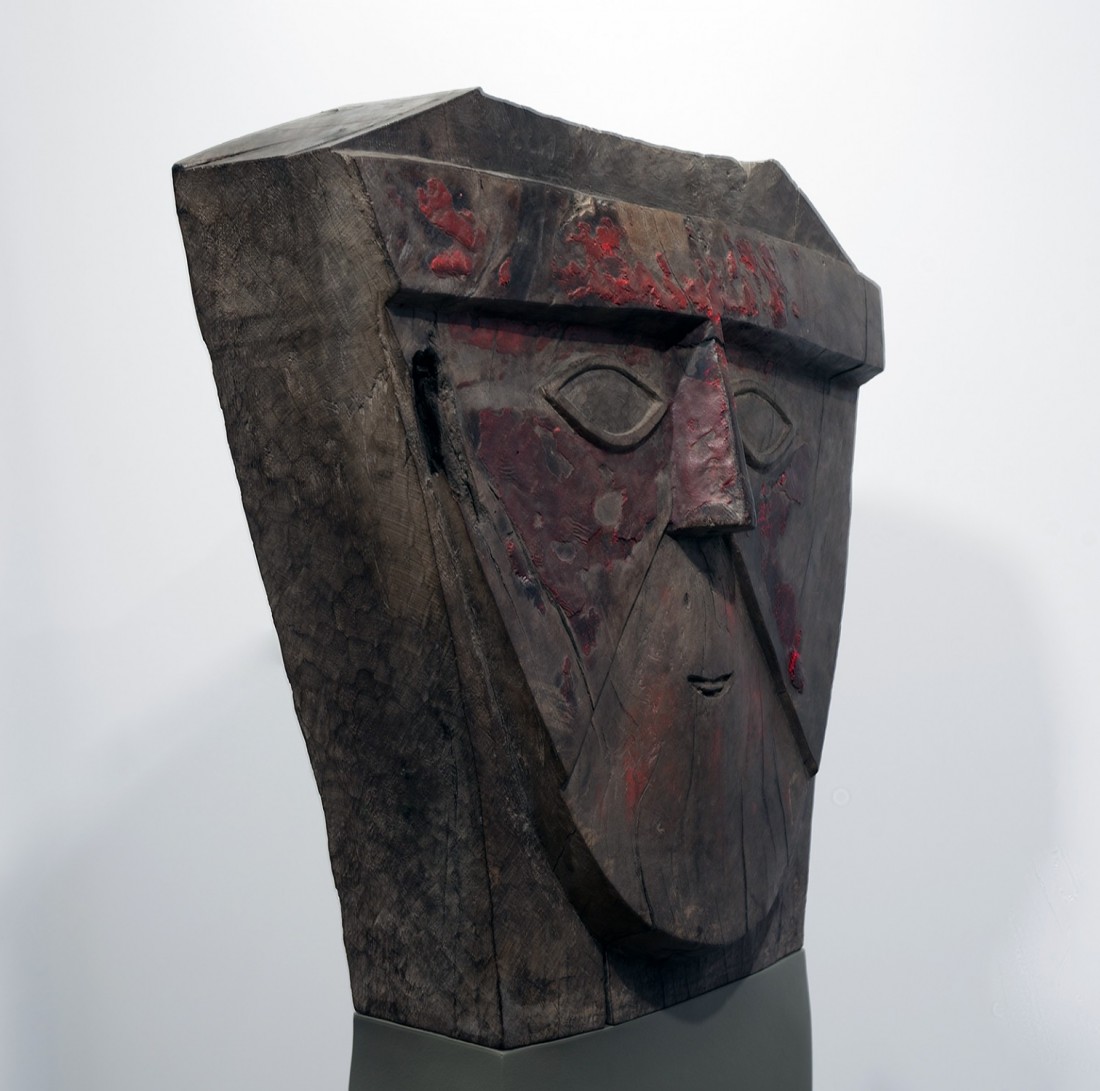 Inquire Enlarge
Effigy Head
800-1200 CE
22" x 23" x 11"
Sculpture, Carved wood with cinnabar on a custom base
Region: North Coast of Peru
Culture: Chimu Culture
This monumental effigy head marker would have served as either a grave guardian, remembrance, or portal sentinel. The size of the head indicates that the entire figure was roughly eight feet tall, the monumental effect and impact suggesting that it was created for an important personage.

The carving is executed from a very dense hardwood, and carved with pronounced facial features, exhibiting a high relief brow line and angular nose, elevated cheeks and rounded chin. The noticabley diminutive mouth lends a rather whimsical element, with scattered areas of dark red, hardened pigment on the face consisting of cinnabar and wax, highlighting an overall deep brown surface patina. Wax and cinnabar is a highly unusual finish on works of this period and region, especially given the rarity of beeswax in this desert locale. This unusual ritual application suggests, again, that the figure was intended for a person of stature. It is a rare and unusual sculpture that exudes mystery, gravitas, and a sense of time and place.

The work is presented on a pedestal base designed and fabricated by San Francisco-based sculptor Al Farrow.