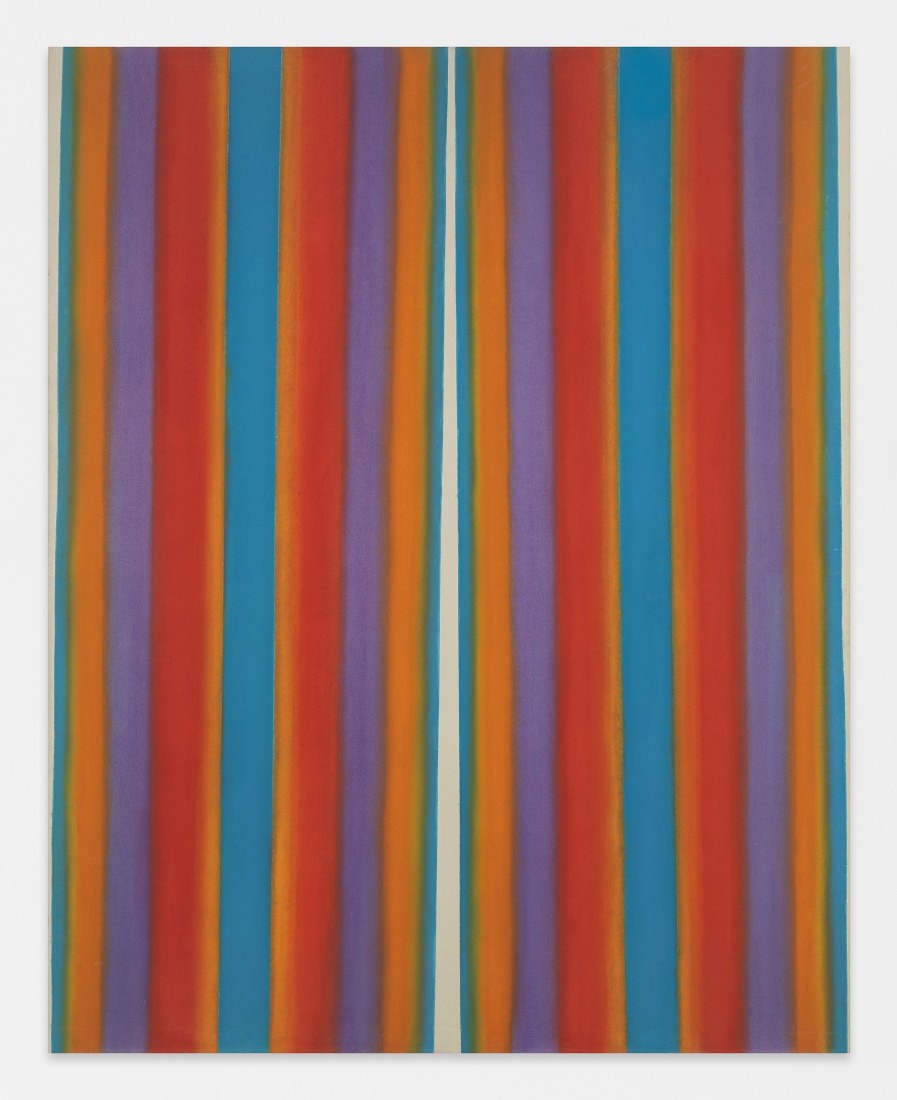 He attended the University of Pennsylvania, the Art Students League of New York, the Corcoran College of Art and Design (where he later taught), and the Académie de la Grande Chaumière.

During World War II between 1943 to 1945, Berkowitz served in the United States Army and was stationed in Virginia, where he served as an art therapist to psychiatric patients and became familiar with the psychological methodologies of Gestalt and Rorschach. In an interview with the Smithsonian Institute, Berkowitz recalled that “What I learned from the Rorschach was that it wasn’t the symbols that people saw, it was the abstract qualities that they saw, that were diagnostic, you know, a couple of colors, a concern with edges or the hole….all of these things supported the development of my own aesthetic.”

The Workshop Center closed in 1956, and Berkowitz and his wife spent much of the next decade traveling and living abroad, using that time to further his artistic and spiritual explorations. He painted and exhibited in England, Spain, Greece, Wales, and Jerusalem.

Recalling his time in Spain, Berkowitz told the Smithsonian, "I think there is where I really found myself. ..There in Spain, I discovered my own isolation.... I’d absorbed a great deal. The great question in my mind was whether I had found my own voice. In Spain I came to realize that I had.”

Returning permanently to Washington in 1964, he joined the faculty of the Corcoran School of Art. He was promoted to head of the Painting Department in 1969.

By the end of 1966, he embarked on the Cathedrals series. As art critic Sarah E. Fensom writes,

"In these works he 'essentialized' the vertical, painting vertical bands of glowing color that seem to surge off the canvas.... In Cathedrals, the bands of color are painted on either side of a thin, cake-sliver-like white triangle. This slender wedge, wrote James F. Pilgrim,... acts as a symbolic light source. Pilgrim wrote, 'Light seems to move laterally from this core, creating changes in color intensity,' but he added parenthetically that 'the changes actually result from light reflecting through various densities of pigment.' Berkowitz’s real light source was the canvas itself."

Berkowitz's later paintings marry form and structure with color and light. As light penetrates through the layers of thinly applied paint, crystalline structures emerge. As

"In Berkowitz’s work, there is no spraying or seeping of pigment—and later, hardly any use of shape. Instead the artist developed a method in the late 1960s in which he used large brushes to sweep on a mixture of 10 percent oil paint and 90 percent turpentine. He allowed each layer to dry thoroughly—sometimes using rags or blow dryers—before applying another. He usually applied some 30 to 40 edgeless layers. In the 1970s Berkowitz said, 'I have continued to develop this method to a point where I can distribute the fragments of pigment both in extension and depth, resulting in an additive mixture of colored light. The color is therefore seen in space and changes with the solar spectrum as day moves into night.' This creates what he calls a “dynamic form”—something that doesn’t exist in Color School pictures."

Berkowitz restores to color a "depth of vision" in his best work, and in those depths the viewer discovers the natural forms in the universe - sea, sky, and earth.