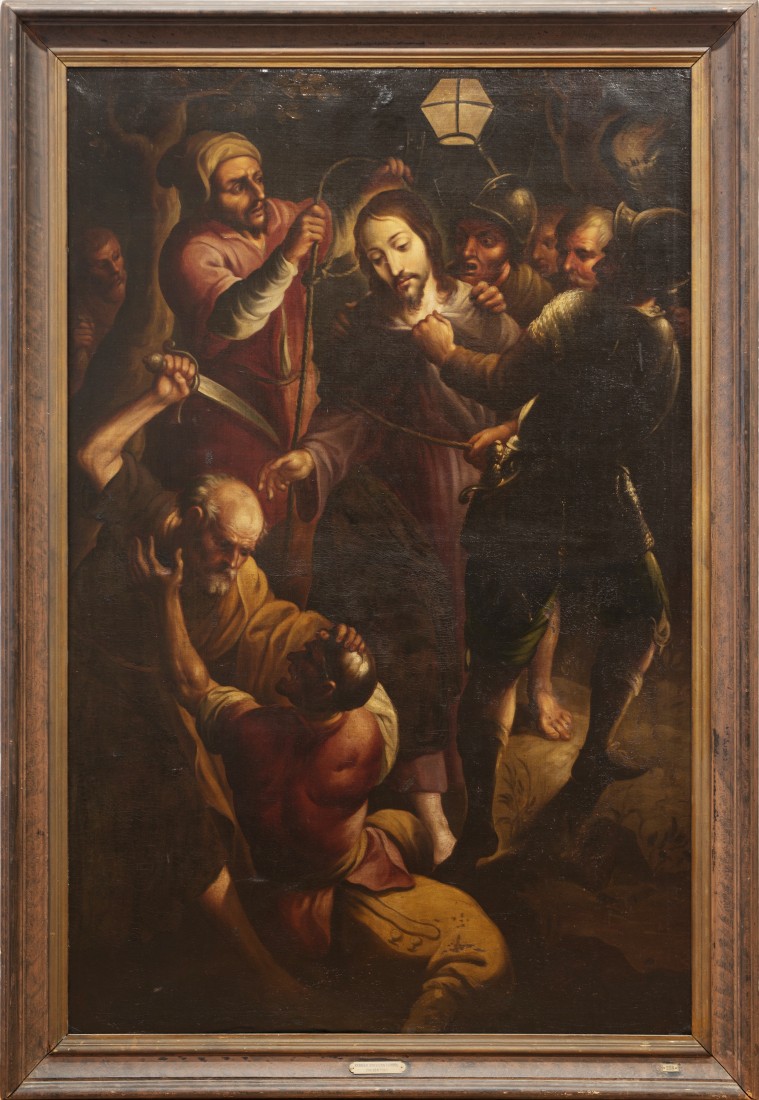 Inquire Enlarge
Capture at the Mount of Olives
ca. 1650
65.5" x 42.5"
Painting, Oil on canvas
Region: Mexico
Pedro Ramirez was a major Mexican artist of the middle of the 17th century, working primarily in Mexico City. He was the aesthetic and stylistic precursor of certain tonalities of color heretofore unseen in Mexican painting. Ramirez created a theatrical realism that influenced later artists such as Juan Correa and Cristobal de Villatando.

Ramirez works can be seen in the Cathedral of Mexico City and many other important churches and convents throughout Mexico. His works are also included in the National Museum of Mexico, and his painting “The Marriage of the Virgin” was recently acquired by the Los Angeles County Museum of Art.

Pedro Ramírez
Pedro Ramirez was a Mexican painter who was active from 1650-1678.

view all works by Pedro Ramírez