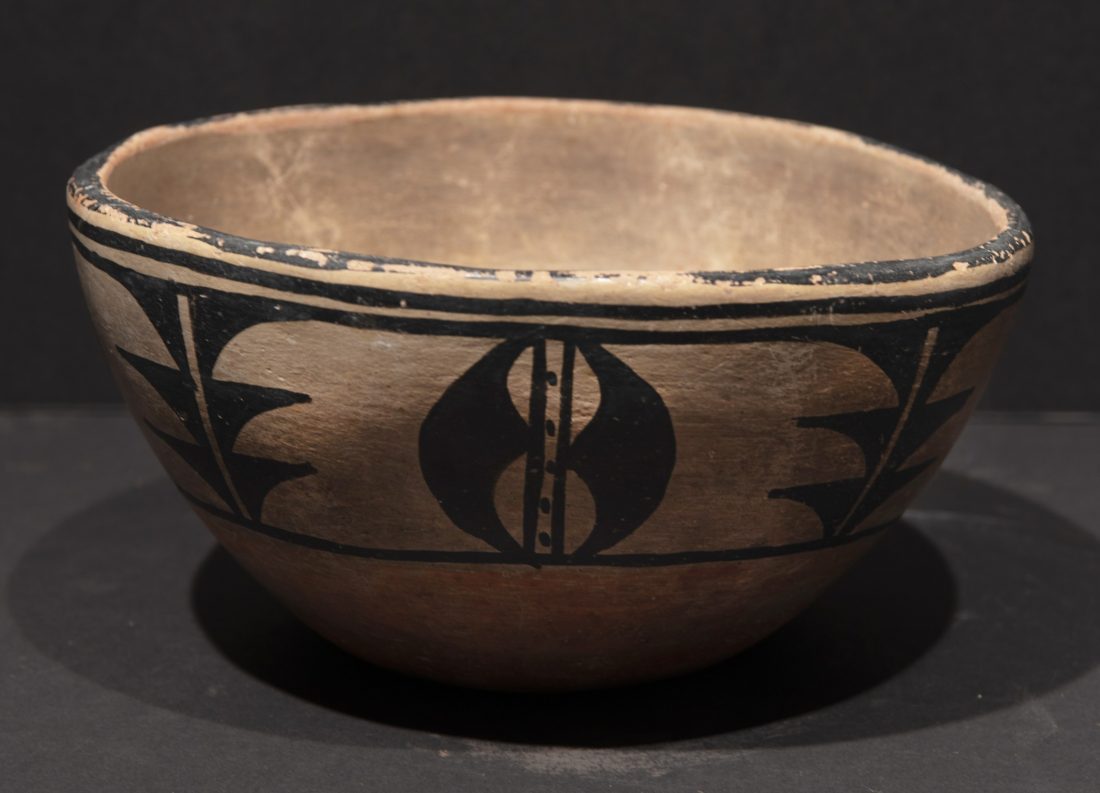 Inquire Enlarge
Bowl
19th Century
4" x 8" x 8"
Ceramics, earthenware with colored slips
Culture: Santo Domingo Pueblo
Kewa (formerly Santo Domingo) Pueblo is one of the best known tribes of the Southwest Indians, largely because of the skill demonstrated in marketing their crafts. The Pueblo is fifth in population of the nineteen New Mexico Pueblos, and is generally considered the most conservative in terms of customs and culture. The pottery of this pueblo is strictly traditional, reproducing with care, the ancient forms and decorations.