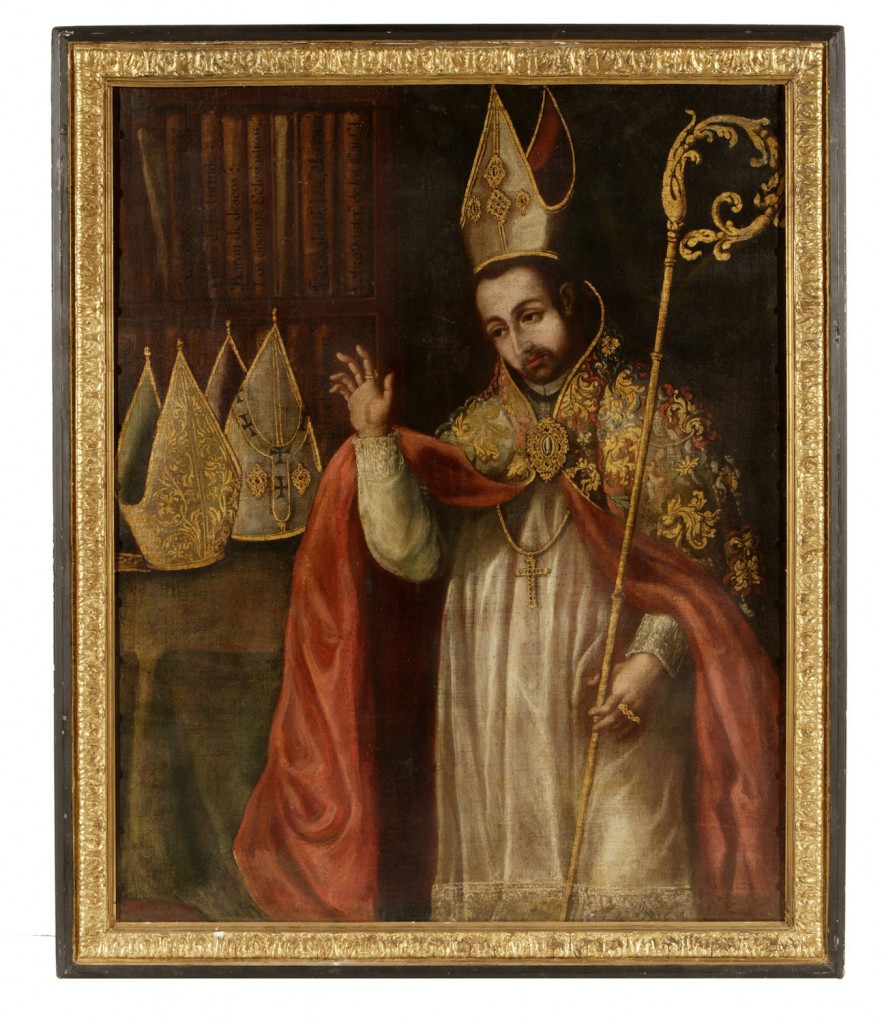 Inquire SOLD"> Enlarge
Bishop Palafox ~ SOLD
ca. 1750
46.75" x 38"
Painting, oil on canvas
Region: Mexico
Born in Navarre, Palafox y Mendoza was the natural son of Jaime de Palafox. He was taken in by a family of millers who gave him the name "Juan" and raised him for ten years. Thereafter his father recognized him, and had him educated at Alcalá and Salamanca.
In 1626 he was a deputy of the nobility in the Cortes de Monzón, and a little later prosecutor at the Counsels of War and of the Indies.
He was ordained and became the chaplain of Maria of Austria, sister of Spanish King Philip IV of Spain. He accompanied her on her various trips around Europe.

As bishop, Palafox y Mendoza distinguished himself by his efforts to protect the Native Americans from Spanish cruelty, forbidding any methods of conversion other than persuasion.

Palafox was an enthusiastic patron of the arts, and it was during his tenure in Puebla that the city became the musical center of New Spain. Composers such as Juan Gutierrez de Padilla, maestro di capilla of the cathedral under Palafox and the most famous seventeenth century composer in Mexico, brought the latest European music styles to the New World. Palafox also strongly believed in education in general. He founded the Biblioteca Palafoxiana on September 5, 1646, stocking it with five thousand books of science and philosophy.