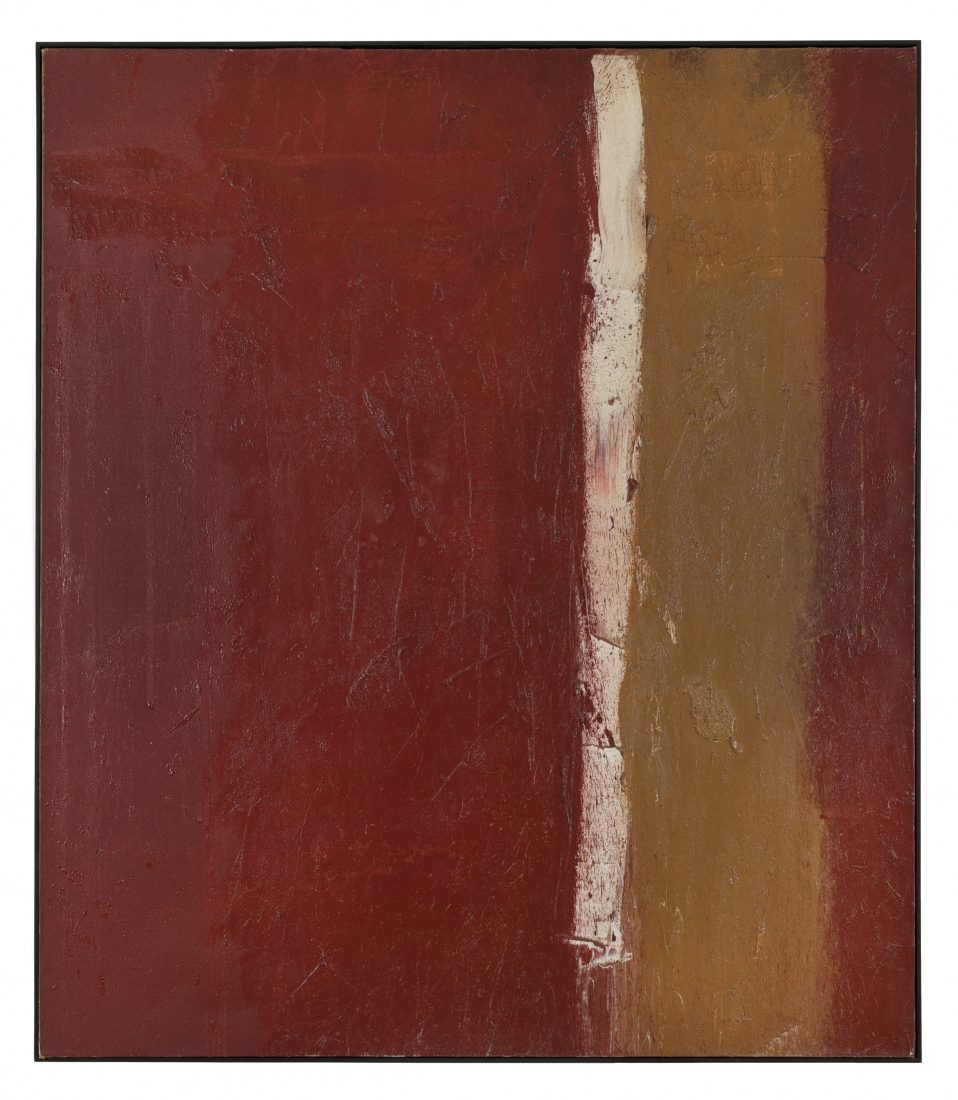 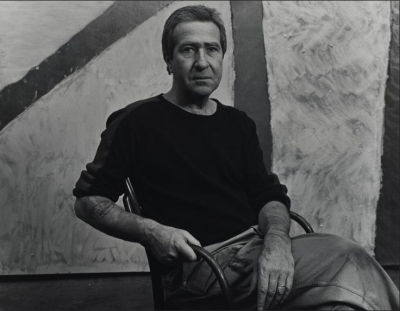 Michael Goldberg, a second generation Abstract Expressionist painter known for his action-packed, gesteral canvases, went through several phases that included monochromatic works of red and then black, bands of white on black, caligraphic images and bright bands of color hinting of architectural forms. Ever aligned with Abstract Expressionism which he described in 2001 as "still the primary visual challenge of our time", he later shrugged off the designation saying "labels come and go". (Glueck)

Goldberg was born in 1924 in the Bronx of New York City. His studies at the Art Students League, 1938-1942, were interrupted by World War II where he served as a paratrooper in North Africa and Burma, making eighty jumps behind Japanese lines.

Returning to New York, he studied with Jose de Creeft and Hans Hofmann, and Hoffman remained a strong influence. He was also influenced by Roberto Matta and Arshile Gorky, but it was Willem de Kooning, and his use of fiery brush-work and explosive color, who would prove to be Goldberg's greatest influence. Beginning 1980, he spent five months of each year in Tuscany, Italy on an estate near Siena. In his studio there, he created many of his signature paintings done with oil sticks pressed directly onto canvas. He described these as quasi grids, "patchy squares of color intersected at random by strong diagonals." (Glueck)

Goldberg participated in the dealer Leo Castelli’s ground- breaking Ninth Street Show in 1951, which included works by Mitchell, Jackson Pollock, and Robert Motherwell; “he seemed to embody the attitudes shared by the artists of that group,” said Richard Kalina of Goldberg (“Michael Goldberg 1924–2007.” Art in America, March 2008). Two years later Goldberg received his first solo show at the Tibor de Nagy Gallery. In 1955, Goldberg befriended fellow Abstract Expressionist painter Norman Bluhm, which proved to be a fateful meeting. In 1956, Bluhm brought art collector Walter P. Chrysler, Jr. to Goldberg’s studio, and Chrysler purchased 17 of his paintings. With new interest in his work, Goldberg caught the eye of art dealer Martha Jackson and was soon rep- resented by her gallery.


view all works by Michael Goldberg