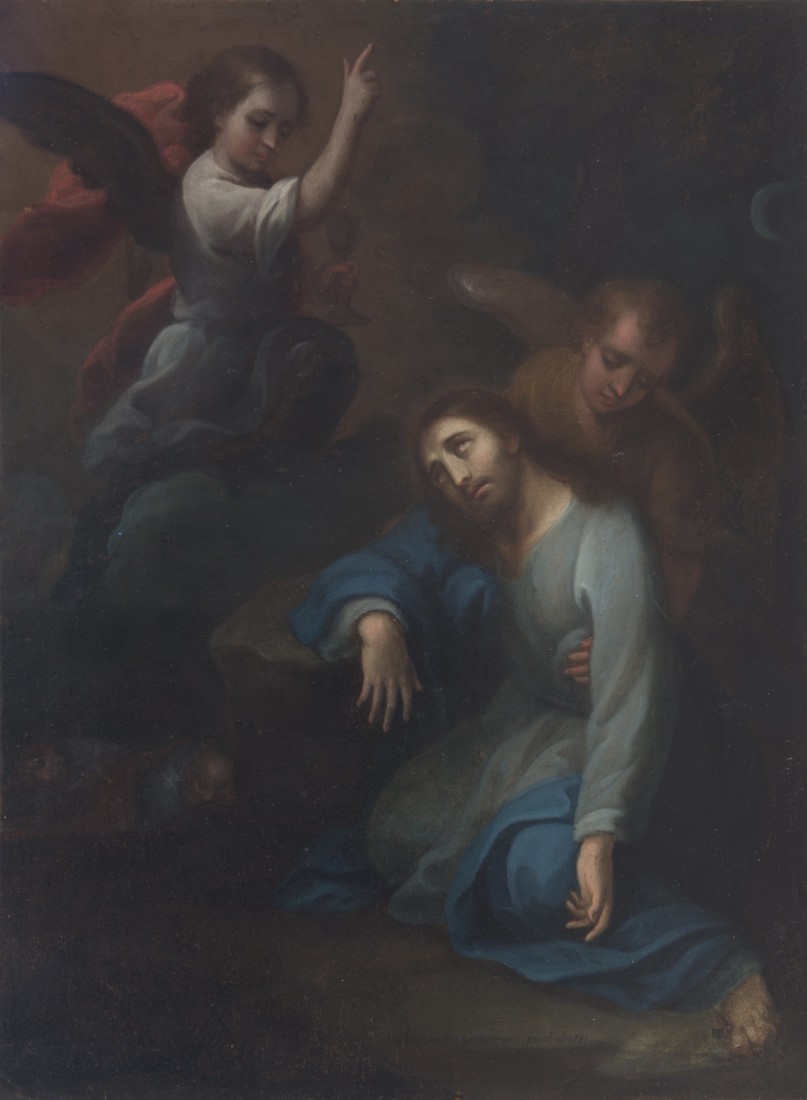 Inquire Enlarge
The Agony in the Garden of Gethsemane
1781
16.75" x 12.5"
Painting, oil on copper
Region: Mexico
Signed and dated lower right, Alexandro Guerrero, 1781
The night before his crucifixion, Jesus Christ went to the Garden of Gethsemane (on the Mount of Olives outside of Jerusalem) to pray. He had just eaten his last supper with his disciples and knew that after his time of prayer in the garden, one of them (Judas Iscariot) would betray him and Roman authorities would arrest him and sentence him to die by crucifixion for claiming to be a king.

Jesus went through an intense spiritual battle in the garden, struggling with the temptation to save himself rather than following through with God’s plan for him. The Bible says that Jesus came to Earth to save people from sin in a fallen world. Jesus’ ministry was to culminate by sacrificing himself on the cross to make it possible for sinful people to connect to a holy God through him. He was in anguish as the time approached for him to die a torturous death, so God sent an angel from heaven to the garden to strengthen Jesus.

view all works by Alexandro Guerrero