Eleanor de Laittre was born in Minneapolis on April 3, 1911.  She attended Northrop Collegiate School in Minneapolis, ca. 1925-1927 and the Madeira School. She entered Smith College in 1929, where she became interested in art after taking a course in art theory.

She left Smith to pursue her newfound interest and spent two years in life and drawing classes at the school of the Museum of Fine Arts in Boston. In 1932, she left Boston for New York, first to study with George Luks, and after Luks’s death, with John Sloan.

As a young artist in New York, De Laittre became friends with Fanny Hillsmith, who shared her growing fascination with modern art. Through illustrations and the paintings then to be seen in New York, De Laittre taught herself the principles of abstract art by working in the manner of European masters. An early painting explored form in the style of Modigliani, but, De Laittre explained, she discovered the laws of perspective after looking at Miró, while Klee’s paintings inspired experimentation with textural richness. Soon De Laittre put aside the portraits and landscapes that had occupied her student years, and although not yet an abstract artist, her paintings took on a simplicity and a calligraphic clarity reminiscent of Raoul Dufy.

After her marriage in 1934, De Laittre moved to Chicago. Over the next several years, she exhibited regularly in annual exhibitions at the Art Institute of Chicago. In 1939, her work was shown both at the Golden Gate Exposition and the New York World’s Fair.

Back in New York by 1940, she became active in the American Abstract Artists, with whom she exhibited annually from 1940 until 1946, and in the Federation of Modern Painters and Sculptors. Her work matured during her six years in Chicago, and by the 1940s, Cubism offered the most compelling problems of space and form. The spatial configuration De Laittre employed in the small Untitled painting of 1949 is an adaptation from Picasso’s large Three Musicians in the Gallatin Collection. By juxtaposing background areas of white, blue, and bare brown canvas, however, De Laittre enhanced the flattened space inhabited by the abstract linear shapes.

Increasingly during the 1940s, De Laittre turned to sculpture. At Ibram Lassaw’s studio she learned the technical processes of welding in steel. Her highly refined, welded sculpture of the 1940s evidences a growing awareness of Surrealism, and the intricate interweaving of steel and open space showed affinities with the work of David Hare.

Although she never stopped painting, De Laittre in her later years preferred the challenges presented by articulating three-dimensional form and space. Yet, the lyrical balance of mass and openness in her current sculpture retained echoes of her earlier affection for Analytical Cubism.

Her work has been  exhibited  in and collected by major institutions, including the Smithsonian National Museum of American Art, Washington, D.C., and the Riverside Museum, New York. 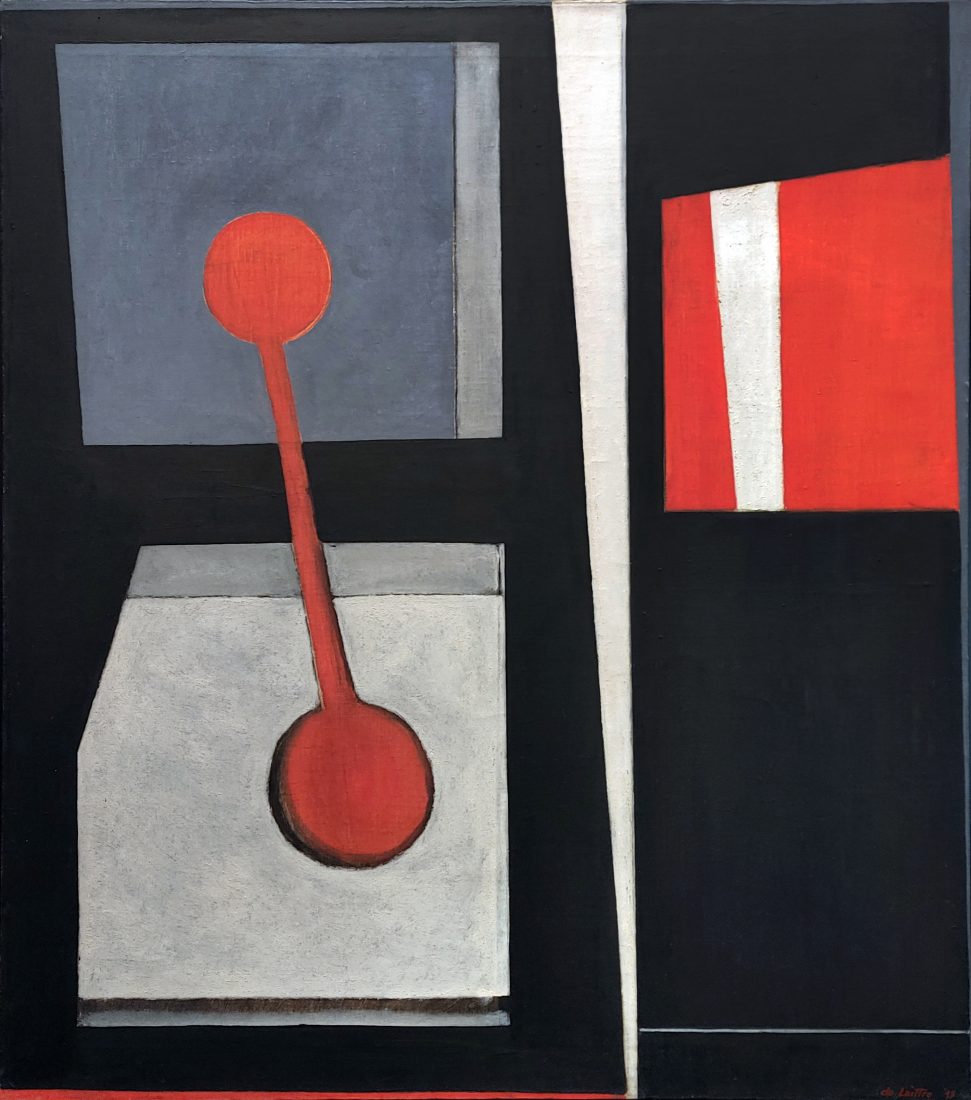